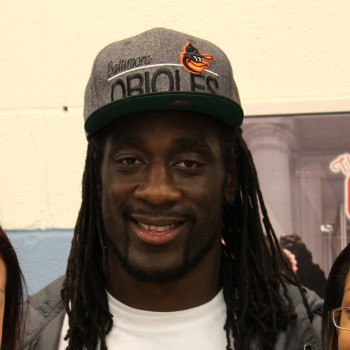 Lardarius Webb was born on October 12, 1985 in Opelika, Alabama.Webb attended Beauregard High School in Alabama. Webb played both quarterback and defensive back in high school. As a junior, Webb rushed 1,011 yards with 12 touchdowns and passed for 731 yards and six touchdowns. On defense, he had 47 tackles, two fumble recoveries, and seven interceptions. In his senior season, Webb rushed for 738 yards with 15 rushing touchdowns and passed for 412 yards with four touchdowns. This was nearly enough to break Jesse Costa’s record of 1,945 rushing yards for 19 touchdowns and 4,342 passing yards for 16 touchdown. On defense, Webb recorded 52 tackles, three fumble recoveries, and led the state of Alabama with 10 interceptions. For his efforts in high school football, Webb was named first team all-state defensive back for both his junior and senior year. He was named Team MVP and participated in the Mississippi/Alabama All-Star Game.

Webb transferred to Nicholls State University in the spring of 2007. In his first ever game with the Colonels, the defensive back recorded three interceptions against Rice University, one of which he returned for a touchdown. Later in the season, the coaching staff for Nicholls made the decision to let Webb play running back as well as defensive back. In his first start as a quarterback against Azusa Pacific University, Webb rushed for 120 yards on eight carries and scored one touchdown. Following the end of the season, Webb was named an AP 1st team All-American and finished 10th out of 28 finalist for the honorable Buck Buchanan Award presented in FCS football.

The “Spider” Webb continues to amaze..Webb ran the fastest 40-yard dash for a cornerback at the 2009 NFL Combine with an official time of a 4.46. Webb also bench pressed 225 pounds 15 times, had a vertical jump of 36.5 inches, and a 20-yard shuttle of 4.1 seconds. In 2011 Webb garnered considerable Pro Bowl buzz after notching five interceptions during the regular season, returning one for a score, and not allowing a touchdown.Lardarius finished the regular season fourth on the team in tackles with 67 and first on the team in interceptions with five

Lardarius also has started a foundation to bring his skills that he shows on to the community off the field. The Lardarius Webb Foundation will raise and distribute funds to provide aid to underprivileged children and their families. The primary purpose of this foundation is to keep young men and women off the streets and out of trouble, by giving them the knowledge, confidence, and support to achieve any positive goals they set.