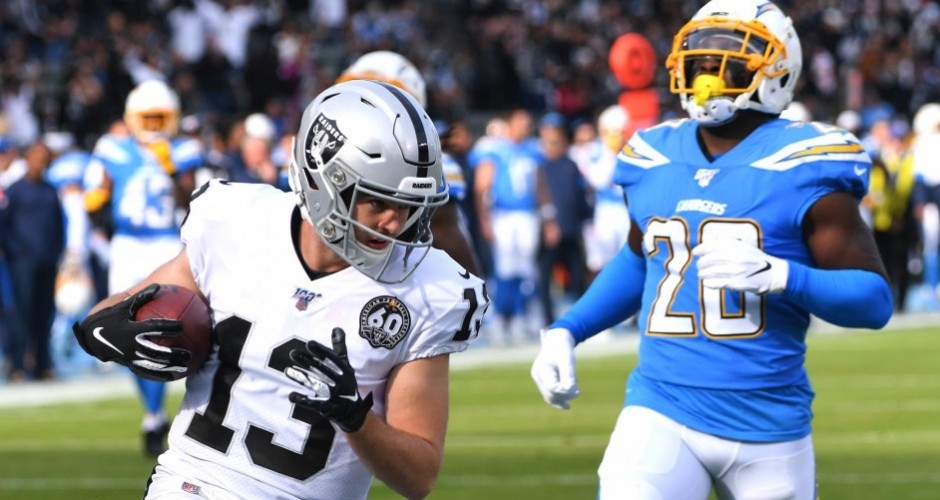 It sounds like the perfect storylines for a season of HBO’s ‘Hard Knocks.’ The lofty expectations surrounding a rookie quarterback, tasked with replacing a first ballot Hall of Famer who sat at the helm of the offense for the last sixteen seasons. A Pro Bowl running back seeking to become one of the highest paid players in the league, while his understudy – a relatively unknown – and second on the depth chart, continually outperforms him on a week to week basis. A team, arguably without a fanbase – and recently forced to use a silent count on their own field – moving into a $4 billion dollar facility as the rumor mill churns about a possible relocation to London and their inability to even sell out a Southern California soccer stadium.  Don’t be surprised, Chargers fans, if in the not so distant future this unfortunate reality becomes….well, reality tv.
On Sunday afternoon, the Chargers welcomed this year’s preseason darlings of the HBO docu-series, Hard Knocks with the Oakland Raiders. This was a game the Chargers should have won easily, as they possess far more talent than the Raiders on both sides of the ball. The end result was a 24-17 defeat, the Chargers ninth loss of the season by seven points or less.
The Chargers rushed sixteen times for nineteen yards this weekend. The Raiders and their porous run defense were able to effectively bottle up Melvin Gordon and Austin Ekeler, respectively. While Gordon was able to punch two one-yard runs into the endzone, he was largely a non-factor in a game in which – on paper – he should have flourished. His backfield counterpart, Ekeler, was only able to muster 11 yards on four carries, but he did once again contribute in the passing game with 58 yards on five receptions.
The Chargers wide receivers were equally unimpressive. While Keenan Allen had the best stat line (5 rec, 71 yds), he was relatively non existent until midway through the second quarter and collected the majority of his yards in the games final drives. Mike Williams should have thrived against the Raiders secondary, but he too was locked down and was only able catch three balls for 51 yards.
Philip Rivers, in perhaps his final “home” game as the Chargers quarterback, was 27 of 39 on the day for 279 yards and was held without a touchdown pass. The savvy vet was overshadowed by the efficient play of Raiders quarterback, Derek Carr, who completed 26 of 30 passes in addition to two combined touchdowns. It remains to be seen if Father Time finally caught up to Rivers, or if the slew of injuries to the Chargers offensive line is to blame for his poor play. It won’t get any easier for Rivers, as he suits up for perhaps the final time in a Chargers uniform next Sunday against Patrick Mahomes and the Chiefs.
The Chargers, sitting at 5-10, find themselves in an ideal position to take a highly sought-after quarterback in next year’s NFL Draft. Conversely, they also find themselves in a precarious situation in which they might soon be without a face for their franchise for the first time in more than a decade. The team’s new stadium may be in Carson – but Los Angeles (the city) has always been known for its drama, and that’s exactly what Chargers fans can expect this offseason.