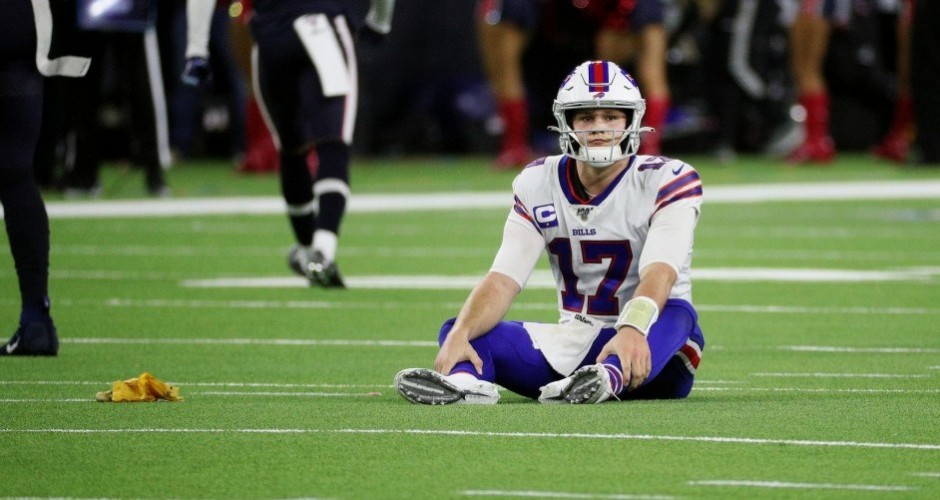 The Bills came out firing on all cylinders Saturday afternoon. Josh Allen, in his postseason debut, looked anything but overwhelmed by the enormity of the situation. The sophomore quarterback was a catalyst on the team’s first possession of the game, as his run of 42 yards immediately had the Texans on their heels and the Bills within striking distance. Allen would put an exclamation point on the drive soon thereafter, as he was on the receiving end of a John Brown touchdown pass that put the Bills up early, 7-0.
The Bills opening possession would ultimately be their best sequence of the first half. Allen and the offense would still be able to move the ball up and down the field on the Texans, but they would fail to punch the ball into the end zone on two more occasions. Two Stephen Hauschka field goals later – coupled with the opening touchdown of the game – and the Bills went into the locker room at the half with a 13-0 lead.
In many respects, it was a tale of two halves. The ball just seemed to bounce the Texans’ way in the latter half of the game. Texans quarterback, Deshaun Watson, while on his back for much of the first half, was finally able to get things to go his way in the third and fourth quarters. Watson, while only accounting for 49 passing yards in the first half, would ultimately finish the game with 247 yards passing on 20/25 efficiency. The Clemson product would also score on a 20-yard scamper and also connected with running back, Carlos Hyde, on a 5-yard touchdown pass.
The game, 19-19 at the end of regulation, would ultimately go into overtime. Both teams had chances early, including the Bills who were driving before a questionable blind side block ultimately knocked them out of field goal position. The Texans would kick the game winning field goal on the following possession, a drive that will inevitably haunt Bills fans with visions of Deshaun Watson escaping and twisting out of a surefire sack.
As the Bills begin offseason preparations, there are undoubtedly things that the organization can hang their hat on. First and foremost, Josh Allen is a budding star. The Wyoming product was responsible for 264 yards through the air and 92 yards on the ground. Running back Devin Singletary rushed for 58 yards on the ground and caught six balls for 76 yards. Finally, receivers John Brown and Cole Beasley combined for eight catches and 94 yards. What the Bills have here, folks, is a winning blueprint: a dual threat quarterback, a versatile running back on the ground and through the air, and reliable, veteran wide receivers to complement a young nucleus.
While the Bills will not be going to the AFC Championship game this year, there is — and as cliché as it may sound, it may not be too farfetched – always next year.