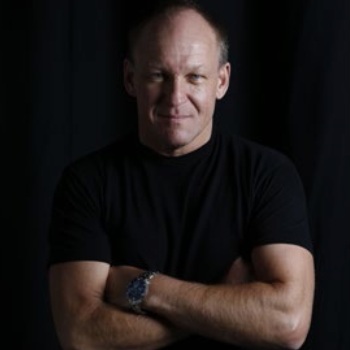 Sam Bass, the first Officially Licensed Artist of NASCAR, has been attending races since childhood. The opportunity to present a painting to Bobby Allison at a fan club banquet in 1981 fueled his desire to excel as a motorsports artist; a field that was not yet defined by any job description.

After gaining several commissions while going to college, Bass took a full-time job with the Government, but nights, weekends, and vacations were spent painting and traveling to races.

Bass soon made the move from his home state of Virginia to Concord, N.C. and set up shop in a small office at Charlotte Motor Speedway.

By the late 1990’s Bass established his first gallery in a unique nostalgic building at CMS (originally built in the 60’s as PR and credential offices). Encouraged over the years by the late Dale Earnhardt to expand, the current Sam Bass Gallery opened its doors in October 2000 to showcase Sam’s growing body of work and accommodate thousands of visitors.

Bass’ gallery displays his original paintings, limited edition prints, sheet metal, uniforms and helmets that he has designed, collectively creating a walk through NASCAR’s history. Bass has further chronicled the sport and his first 20 in his book, told in his casual, natural manner, “The NASCAR Art of Sam Bass”.

Sam’s other passions in life – music and guitars – is represented throughout his gallery, which he has been able to successfully launch into an extension of his design business. Guitars for Winner’s circle, the NASCAR SPRINT Cup Awards Banquet and pre-race entertainment concerts by Rascal Flatts, Lenny Kravitz,Keith Urban and Brad Paisley are but just a few of his recent music-related career highlights.

Bass’ interaction with the crowd at autograph sessions and hospitality events makes him very popular with the fans; while his continued at-track presence in the garage and guest-spot participation on radio and tv, helps to keep the ideas fresh, innovative and relevant for today’s corporate marketing partners.