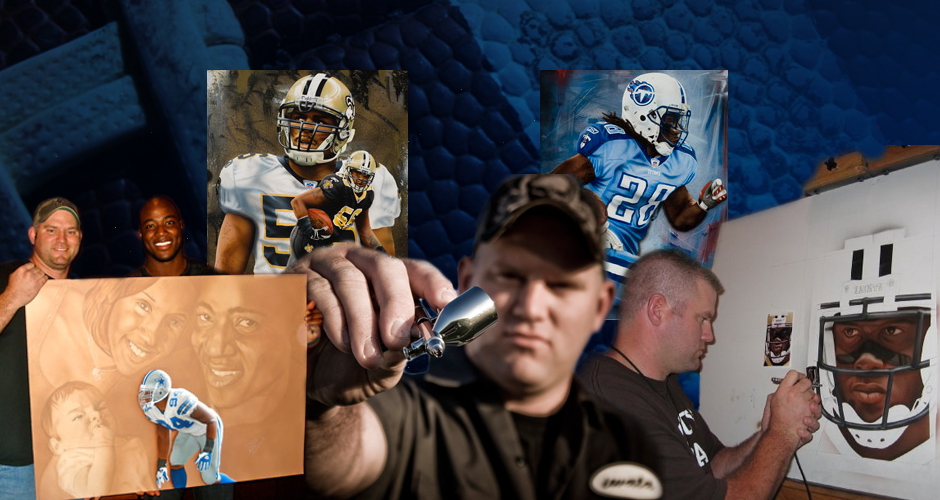 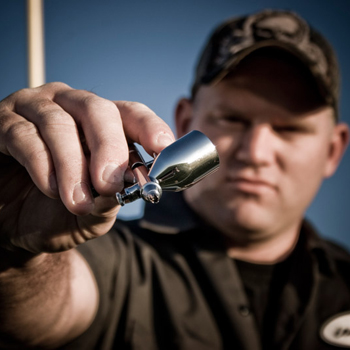 Like most kids, Rob Jackson grew up playing sports and dreaming of someday becoming a professional. He’d sit in front of the TV on Sundays and watch the games the same as everyone else. What made him different though was that by halftime of those games he’d find himself trading in the remote for a pencil. Inspiration would always take over and sketching the day’s top players would take priority. Soon it wasn’t enough just to draw a picture. He needed it to be seen. “It was always an amazing feeling, at a young age, to show an athlete my work.” It wasn’t until later that he would realize what a sports artist was. His passion, however, had been found.

That passion would continue to grow throughout school, as Rob would sketch every chance he’d get. His teachers would often encourage his work by letting him sit in the hall and draw. Some of them would even purchase his work saying, “I knew you before you were famous.” That trend continued during his time in the Air Force as he was once offered an F-16 flight by a General in exchange to have a drawing done for a high-ranking foreign official.

Over the years, Rob’s style of painting would change as he began working with different mediums and got a feeling for what he liked and disliked. Although colored pencils had become his medium of choice, the airbrush was what he hoped to someday master. He picked up his first airbrush the day after his grandfather passed away as a means of remembering him. That brush would eventually propel Rob to becoming the artist of choice among NFL circles.

With luck on his side, doors were opened when a team chaplain along with a player’s wife introduced him to the world of marketing his talents to professional athletes. Since then, Rob has painted for players from rookies to All-Pros including names such as DeMarcus Ware, Greg Jennings and Vince Wilfork. He’s painted live at high profile events such as the Super Bowl and become involved with numerous charitable functions throughout the NFL by donating his time to help raise money for children and military families.

What started as a way to pass the time has turned into a way of life. “Having been an athlete growing up it seemed only natural to combine my artistic ability with my athletic obsession.” Although older now than most of the athletes he paints, Rob still gets that same feeling he had as a kid when a painting is delivered…passion.