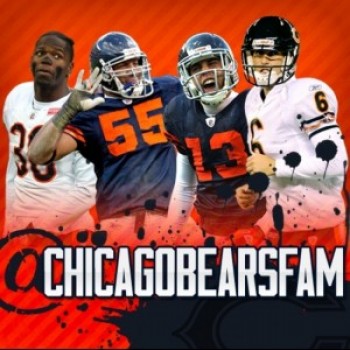 As part of Pro Player Insiders focus on the NFL fans that inspire both NFL players and each other, we are announcing our partnership with ChicagoBearsFAM. Twice a month we will feature a story from ChicagoBearsFAM where their staff interviews or highlights a special Bears fan or shares and interview with one their favorite players. Stay tuned for much more from ChicagoBearsFAM and other fan groups as we move through the season.  It’s great to be a fan!

ChicagoBearsFAM is a fan community for all Chicago Bears players/fans to interact with each other.  The account is run by an avid Bears fan 17 year old Chris Shanafelt a senior in high school and host of his own online-radio/podcast show called SportsManRadio. On SportsManRadio, Chris interviews many professional athletes, including many Chicago Bears Players! Every month Chris is joined by Chicago Bears cornerback #30 D.J Moore for their #30 on the 30thsegment! The account now has 2000+ followers and keeps growing day by day! If you are a Bears fan give us a follow on Twitter @ChicagoBearsFAM!

Pro Player Insiders has created a special section on our website call FanFocus and is partnering with dedicated fan groups throughout the country, to highlight and engage with some of the most passionate fans in the NFL. If you are a fan group that fits that description, contact us on twitter @PlayerInsiders and let us know.