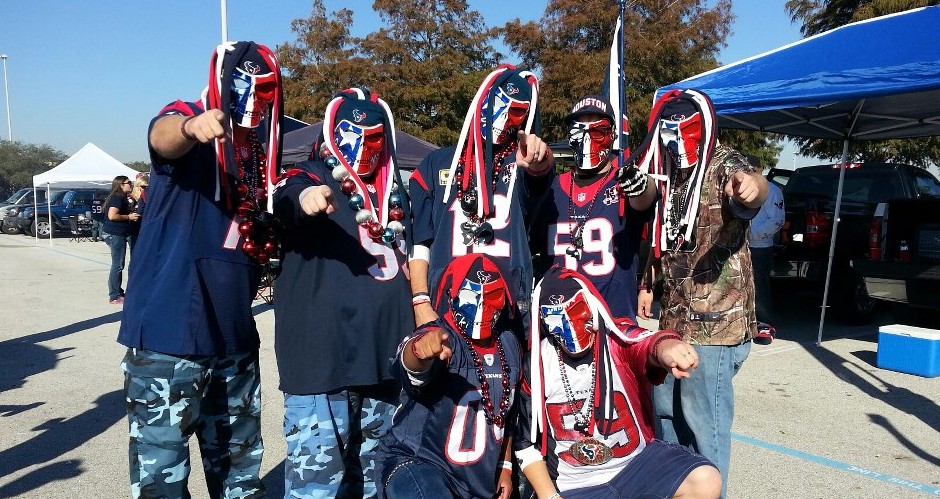 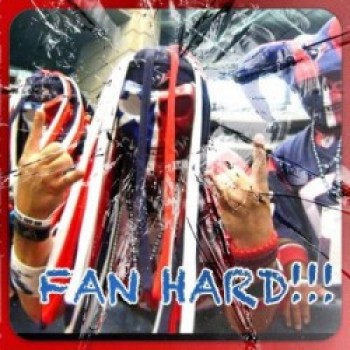 The Battle Red Freaks originally began as a White Hockey Mask to Finish off the Liberty White Out “Get Up.”  The Texans weren’t very good but other fans seemed to like the energy, so during the off season a few years ago we decided to step it up and add a “Face” to our Tailgate Party – thus the “Sack Mask” was created.

We quickly became 7 VERY recognizable fans and added our own “swag” to our gear…we are: Ge3k Freak, Freaky E, Freak99, Super Freak, Jok’r Freak, Kuntry Freak, and Commander Freak… We are 7 good friends who just wanted to create a different style of Tailgate Party. Instead of food and drinks, we are a BYOB outdoor club style tailgate party with a DJ, MC, Live Rappers, dancing in the street and usually a few Texans cheerleaders stopping by.

We are a Football First Group and never forget the reason we are there on Sundays. The fun continues after the game win or lose we attempt to bring the energy back, and discuss what each of us saw, and thought.