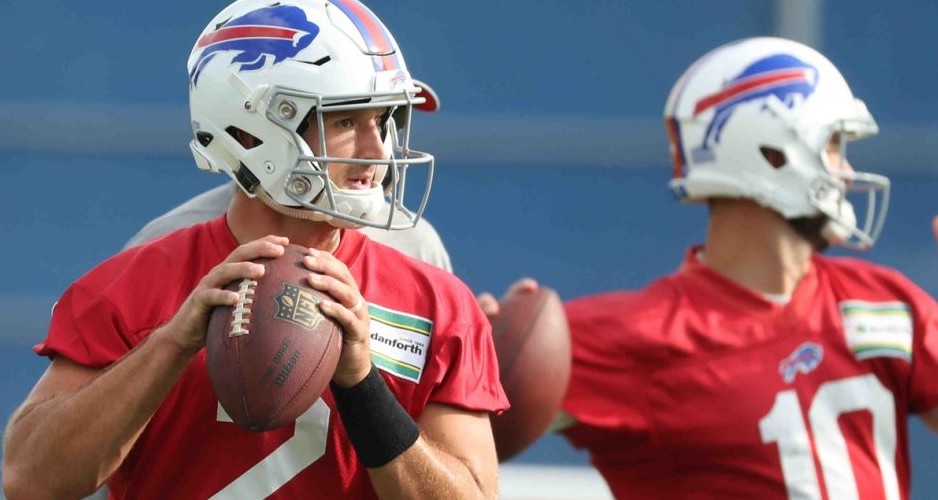 The Buffalo Bills will travel to Cleveland to face the Browns tonight at 7:30 pm. This one should be exciting for the duration as all five quarterbacks expected to play have something to prove to their teams and to the league. Here’s what you should keep your eyes on:

All three Buffalo QBs are expected to play tonight, although it is unclear who will start. Nathan Peterman started in last week’s match-up versus Carolina and played very well going 9 of 10 for 119 yards and touchdown, with the lone incompletion being an interception that went through the hands of RB Chris Ivory. However, it would not be a surprise if A.J. McCarron started tonight as coach Sean McDermott has been alternating Peterman and McCarron’s reps with the first team in practice. Similar to last week, it is likely we won’t know who will start until right before game time, as Peterman was named the starter just an hour prior. Josh Allen will be factored into the mix somehow, but it would be a surprise if he gets the nod to start over Peterman and McCarron.

Familiar Faces on Opposing Sides of the Field

Tyrod Taylor will start tonight for the Browns against his former team after the Bills traded him during the offseason. Taylor looked phenomenal last week against the Giants throwing for 99 yards and a touchdown on 5 of 5 passing in two drives. Browns coach Hue Jackson said that he’ll play longer tonight, and then will likely differ to rookie QB Baker Mayfield. Jackson has stressed that Taylor will be his week 1 starter.

Corey Coleman will suit up for the first time in a Buffalo Bills uniform after the Browns traded him last week to Buffalo for just a 7th round pick. It was later reported that Coleman asked Hue Jackson to trade him after rookie WR Antonio Callaway replaced him in the starting lineup. The Browns complied and shipped him to Buffalo, a team in which desperately needed some talent at receiver. The Baylor product has loads of talent but has battled injuries thus far in his two-year career missing 13 games. Coleman will add speed and playmaking ability to the Buffalo offense, and it will be interesting to see tonight how he has meshed so far. Kelvin Benjamin and Zay Jones hold the starting wideout spots right now, but Coleman, along with Andre Holmes and Rod Streater, will make a push for a starting job.

First round Quarterbacks Face Off

The first and seventh overall picks for this year’s draft will be on the field tonight as Cleveland’s Baker Mayfield and Buffalo’s Josh Allen should be in for a majority of the second half. Both looked good in week 1 of the preseason, Mayfield throwing for 212 yards and two touchdowns and Allen going for 116 and one score. Allen has progressed throughout camp, and still has a chance to be Buffalo’s week 1 starter, but he’ll have to keep improving his accuracy and decision-making to do so. Regardless of whether or not either QB will start week 1, it is likely that if either team starts to slide in the regular season, the fans will call for their quarterbacks of the future to be quarterbacks of the present.