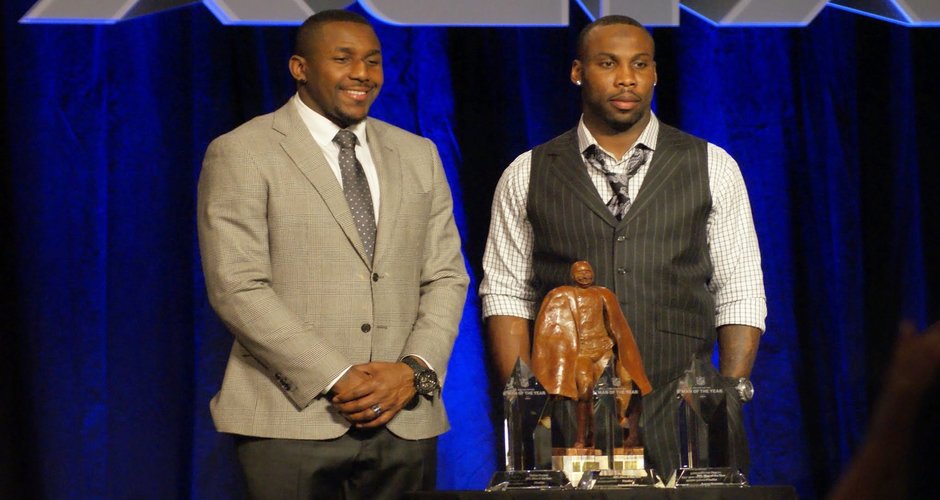 “I am pleased to be a part of the annual tradition during Super Bowl week that my father started. The legacy of the man named ‘Sweetness’ continues to live on,” Brittany Payton said about her fathers Man of the Year Award.

The finalists for the 2014 Walter Payton NFL Man of the Year made their appearance at Pheonix Convention Center.

The winner will be announced in Arizona, the site of Super Bowl XLIX, during the “4th Annual NFL Honors” awards show, a two-hour primetime awards special to air nationally on Saturday, January 31, from 9-11 p.m. ET/PT on NBC.

The winner will receive a $25,000 donation in his name to a charity of his choice from both the NFL Foundation and Nationwide ($50,000 total). The award is the only league recognition that acknowledges a player’s off-the-field community service as well as his playing excellence.

Finalists were chosen from the 32 team nominees for the award, all of whom receive a $1,000 donation to the charity of their choice. The three finalists will receive an additional $5,000 donation in their name.