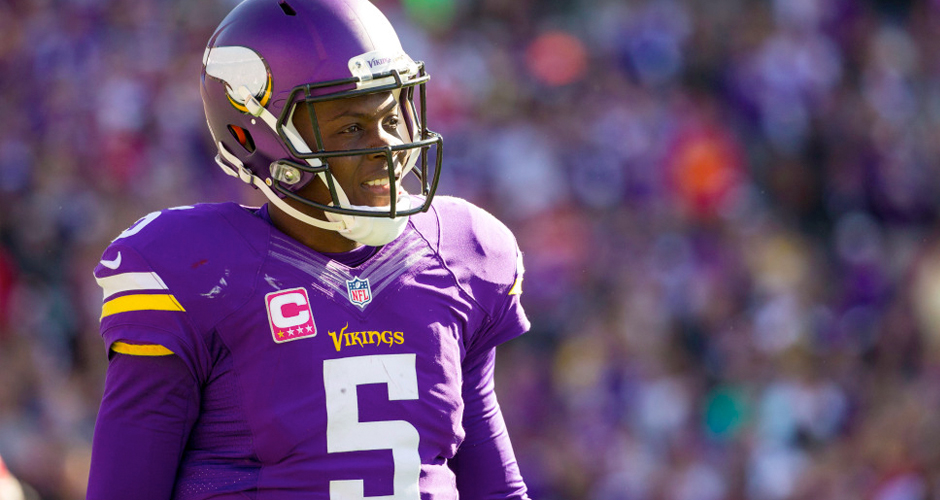 It all started with a song and a dream for Obadiah Gamble, a 6-year-old Minnesota Vikings superfan.

Since January Obadiah has been planning on inviting his favorite player, Teddy Bridgewater, to his 7th birthday party in May.

“He’s super nice.  Maybe he’d like to come for the first time to a birthday party,” Obadiah said.

Obadiah or “Skolbadiah” caught Teddy’s attention with his ultra-cute and catchy “Hey Teddy” music video that trended locally and was later retweeted by Bridgewater himself.

After hearing about the song, the Vikings coordinated a delivery of autographed memorabilia for the young fan as a gift for his birthday. What Obadiah didn’t know was that Teddy was going to be there to deliver the gifts in person.

“We played some catch and talked about stuff. We came inside and had some cake and he brought out the cake,” Obadiah said.

Bridgewater celebrated with Obadiah for an hour and a half before saying goodbye to his new friend, but not before giving Obadiah a signed poster, baseball cap, football and towel.  Bridgewater even offered to bring him out to a Viking’s practice so he can meet the rest of the Minnesota Vikings.

The visit may have only lasted a short period of time, but the memories that were made will last a lifetime for Obadiah and his idol, Teddy Bridgewater.