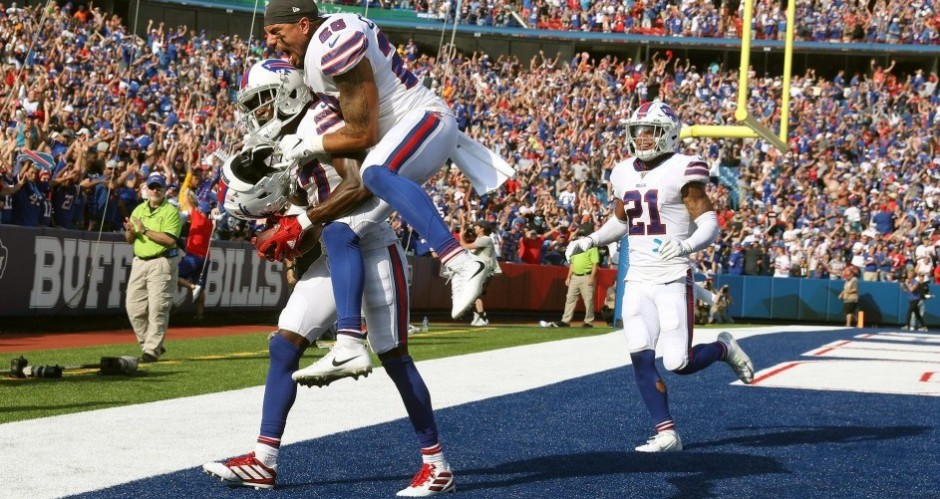 With just 12 seconds remaining in the game it would be Tre’Davious White’s second interception of the day that would seal the Bills 21-17 victory over the Cincinnati Bengals in week three. It wasn’t always pretty, but it was good enough to improve the Bills to 3-0. Here are a few takeaways from Sunday’s win.

The Bills defense is still for real. For much of the first half Bengals quarterback, Andy Dalton, looked like anything but the “Red Rifle”. Thanks to the Bills defense, the nine-year veteran barely had time to load his weapon, let alone take any decent shots. Cinci wouldn’t get a first down until their sixth drive – just two minutes before halftime. The Bills defense would also force four turnovers (2 fumbles, 2 interceptions).

Frank Gore’s tank is half full.  Gore may not rip off an 80-yard run anytime soon, but the 36-year-old running back is still a workhorse. In 14 carries against the Bengals he earned 76 yards, a 5.4 yard per carry average. With a 1:50 left in the game, Gore would punch in a one-yard touchdown to retake a lead that Buffalo would not give back.

Josh Allen is clutch. At times Allen looked like a rookie. He’d only throw one interception, but it was an ugly one. It was a takeaway that would allow the Bengals to find momentum and score 17 unanswered points to take the lead. But with the game on the line, Allen’s demeanor suddenly changed. He went from the erratic 23-year-old gunslinger to the cool, calm, and collected veteran who’s led his team to victory a hundred times before.

Dawson Knox could be the next big name in Buffalo.  Knox would catch the first touchdown of his career on a one-yard pass from Allen late in the first quarter, but it would be his 49-yard reception late in the fourth quarter that would truly impress. The 6’4” 254lb rookie out of Ole Miss would use every bit of his frame to mow over two Bengals on his way to Cinci’s 22-yard line – a drive that would allow the Bills to retake the lead.

So far Buffalo has handled business but their first true test will come in week four when the defending Super Bowl Champion, New England Patriots, come to town.