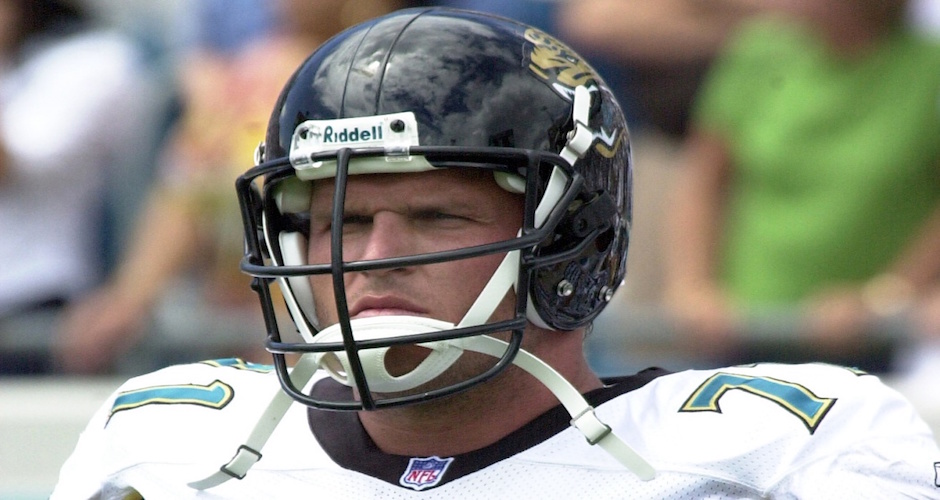 Overwhelmed, excited, and honored are all words that express how former Jacksonville Jaguars offensive tackle Tony Boselli feels going into this evening’s coveted Pro Football Hall of Fame selection. For the second consecutive year, he is one of 15 finalists with an opportunity to be inducted in the Hall of Fame Class. He will be alongside some of the most elite players in football to include Brian Dawkins, Ty Law, Ray Lewis, Terrell Owens, Brian Urlacher, and Randy Moss to name a few.

“Just being included in the top 15 and being considered is a huge honor. If it were to happen Saturday night, for me personally and my family, it will be overwhelming,” said Boselli. “I grew up watching football. Its been my favorite thing forever. To be included with some of those greats, it will be very humbling.”

Boselli was the second overall pick in the 1995 NFL Draft by the expansion Jacksonville Jaguars, where he excelled for seven seasons. He made an immediate impact, helping to lead the team to four straight playoff appearances and two AFC Conference Championship games. He was a five-time Pro Bowler, and named to the 1990’s all-decade team. Tonight he has the chance to make history again as the first Jaguar in the Hall of Fame.

“It would be great to represent the Jaguars in the Hall of Fame and represent that great fan base, and what that franchise means to me,” said Boselli. “I guess the term I keep coming back to is overwhelming. I don’t even know what the emotion will be.”

Boselli was at the peak of his career when it was prematurely cut short by a shoulder injury. Leading up to last year’s Hall of Fame ceremony, finalist Terrell Davis was open about concerns that his brief career could work against him. However, Davis and Seattle Seahawks’ Kenny Easley went on to earn a place in the 2017 Hall of Fame Class. Both Easley and Davis’ careers were shorter than Boselli’s.

So does this increase his odds this year? That is still unknown but could work in his favor. Either way, Tony understands the situation he is facing.

“It is a subjective process. When you look at it, you have 48 individuals voting for it. They do a great job and they have to weigh the pros and cons of everyone’s career. One of mine is the tenure,” said Boselli. “I got hurt and that works against me. That’s okay. That’s apart of the process. There’s nothing I can do to change it. You just kind of live with it. You just sit back and wait to see what happens.”

But if he could choose one moment that makes his case as a Hall of Famer, it would be the 1996 playoff run with the Jaguars. “I think that playoff run in 96 was so much fun. Going to Buffalo and playing against the great Bruce Smith, then going to Denver and beating the best team in football that year, and coming up short against New England. I was able to play against a lot of great players, had a lot of great battles, tried to win more than I lost. We’ll see where that stacks up on Saturday night.”

Boselli’s football career speaks for itself. As he would say, “just watch the tape. That’s the best evidence of what I did and didn’t do.” More importantly, he hopes his legacy extends beyond football. Whether or not he makes it in the Hall of Fame doesn’t define him. It’s what he has built off the field that means the most to him.

“Football is important to me. I love the game. I’m very passionate about it but it’s not more important to me than being a dad and a husband,” says Boselli.

“Ultimately, what’s important to me is my family. I want to be a good husband. I want to have a marriage that my wife is proud of. I want to know that she loves me, trusts me, and I want her to be proud that I am her husband. I want kids who I can raise up to be men and women of God, who ultimately choose to be that. It’s their choice. I hope they look to me as a dad who they know isn’t perfect but loved them and cared about them and was there for them. That’s first and foremost for me. I want great friends, great relationships, and to impact my community how I can. If you do that, it’s a pretty full life.”

The 2018 Hall of Fame Class will be introduced for the first time during this tonight’s NFL Honors taping. The Class of 2018 will be officially enshrined into the Pro Football Hall of Fame at the Enshrinement Ceremony in Canton this August.