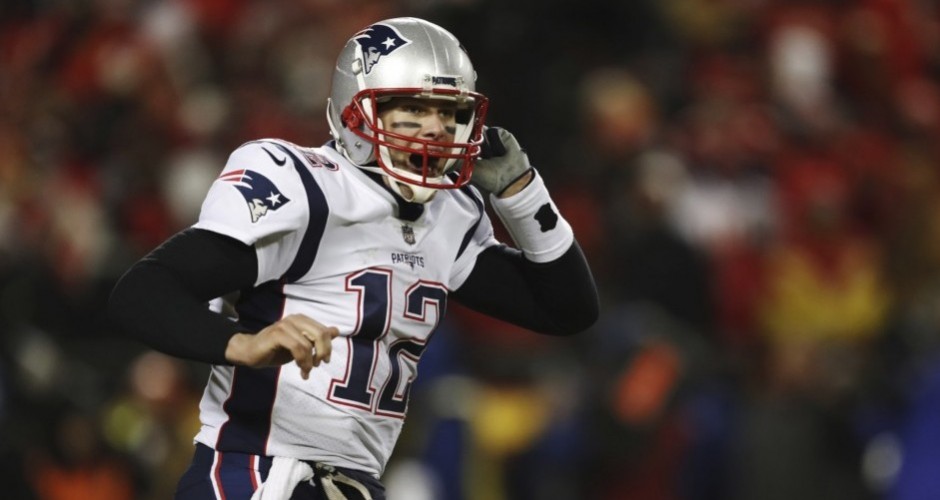 Tom Brady and the Patriots took the opening drive 15 plays for 80 yards and a touchdown, making an emphatic statement to start off the AFC Championship game. From there the Pats dominated the first half in front of a mostly silent Arrowhead crowd. Even with Patrick Mahomes finding Tyreek Hill for a 42-yard gain late in the second quarter, the Chiefs would finish the half with only 37 total yards, down 14-0. Had it not been for a great play by Chiefs linebacker, Reggie Ragland - picking off Tom Brady in the end zone – Kansas City could have been finished as early as Philip Rivers and the Chargers were just a week ago.

The Chiefs wouldn’t go quietly in to the night, however. Mahomes would begin to relax and Head Coach, Andy Reid, would make a few necessary adjustments allowing the Chiefs to get right back in to the game. They’d come out of the half with a bang, going 74 yards in just four plays. Mahomes would find tight end, Travis Kelce, for a 12-yard score and suddenly it was a game.

The teams would trade punts on their next drives and from there, the fireworks would start.  In the next quarter and a half, 41 points would be scored. There would also be a total of four lead changes and a tie. In true MVP fashion, Mahomes would march the Chiefs down the field to take a 28-24 lead with just over two minutes left in the game. The only problem, two minutes is a lifetime to the three time MVP quarterback waiting on the other sideline. In true Brady fashion, the goat would need just 1:24 and a do or die mentality from teammates Julian Edelman and Rob Gronkowski to retake the lead 31-28, leaving the high-powered Chiefs offense with only 39 seconds and a prayer to answer.

Well, the prayer was heard and Mahomes quickly completed two passes for 48 yards, allowing kicker, Harrison Butker, to tie the game with a 39-yard field goal while leaving only eight seconds left on the clock.

Unfortunately for Mahomes, it would be the last time he and his offense would see the field. The Pats would win the toss in overtime and to no one’s surprise would close out the game on a 13 play, 75-yard touchdown drive. For many, it may be the same old story, but this time was something different. It was a battle against what is, and what will be. The future is bright in Kansas City, and Patrick Mahomes will be around for a long, long time.