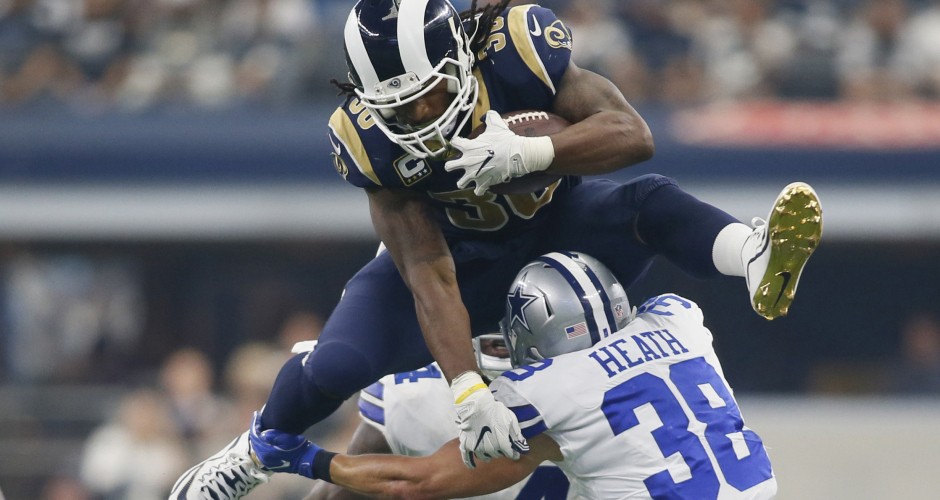 Since 2017, the Dallas Cowboys and Los Angeles Rams have yet to match up. By the end of that October, 1 2017 game, the Rams put up 35 points while the Cowboys tallied 30. Both running backs, Ezekiel Elliott and Todd Gurley put up big numbers, as expected.

Gurley had an outstanding day. His ground game totalled to 121 on 23 carries. However, Dallas avoided Gurley from reaching the end zone while rushing. Instead, Gurley tallied his six points in the air from Jared Goff.

On the opposite side, Elliott was just short of a 100 yard rushing day, however, he provided much of the offense with one touchdown on the ground and two in the air.

Clearly, this dual brought the best out of both players.

In the NFL this year, when it comes to total rushing yards, there’s been none better. Elliott has led the league by more than 200 yards. Trailing behind is Saquon Barkley, and with less than 20 yards behind Barkley, Gurley closes out the top three.

As far both teams history is concerned, the series has been extremely tight. Dallas leads the series 17-16, tracing all the way back to 1960.

However, Sean McVay and his Rams will look to balance the record in the upcoming playoff matchup.

McVay talked about the matchup ahead and said, “It’s a great challenge. You want to see us play very sound, but I think it’s about playing efficient football.”

Efficient football works best with your top running back in the lineup. So far, it also looks as if running back Gurley will suit up. With some inflammation in his knee, things appear to be better, however there’s no guarantee.

Rams defensive coordinator Wade Phillips, former head coach of the Cowboys, spoke about the current challenge ahead and specifically about Elliott, he said, “It’s a big challenge to stop their running game, especially him, but all are guys know that. We certainly can’t let him run wild on us.”

With the stage set in Los Angeles, the setting should be electric as the two running backs pound their way one step closer to a Super Bowl.