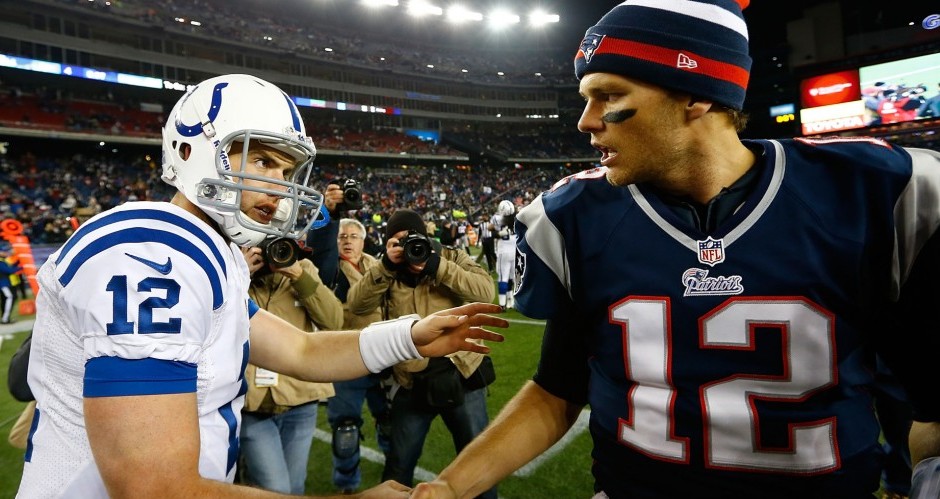 On Thursday Night, the Indianapolis Colts travel to Foxboro to take on the New England Patriots. Both teams enter the game in different directions.

The Colts lost in a heartbreaking loss to the Houston Texans on Sunday. Head Coach, Frank Reich, decided to go for it on 4th down with under a minute to go in overtime. Andrew Luck‘s pass attempt went incomplete allowing Houston enough time to get in position to kick the game winning field goal. Reich said in the post-game press conference that he would go for it 100 out of 100 times.

Luck finally looked like the Luck of previous seasons. He went 40 for 62 for 464 yards and four touchdowns. He found eight different receivers and six of those caught at least four passes. With all of that success, he will be without T.Y Hilton on Thursday night. Hilton hurt his hamstring and is unavailable for Thursday night’s quick turnaround game.

New England enters Thursday’s game on a high after playing their best game of the young season on Sunday. The Patriots defeated the Miami Dolphins by the score of 38-7 at home. Lead by rookie Sony Michel’s 1st 100 yard rushing game of his career, the Patriots had 449 yards in total offense. Tom Brady went 23 for 35 for 274 yards and three touchdowns passes.

The defense made Miami’s offense look pedestrian all day. Miami was held scoreless for most of the day until backup Quarterback Brock Osweiler threw a late 4th quarter touchdown pass to Frank Gore to put some points on the scoreboard for Miami. The secondary was outstanding as they held Ryan Tannehill to 100 yards passing and J.C. Jackson had the Patriots lone interception in the game.

Before things kickoff on Thursday night, let’s take a look at 3 things that could decide the difference on the scoreboard.

1. Was Sunday’s Tom Brady Performance A Sign Of Things To Come For The Patriots?

Even though Brady threw 2 interceptions against the Dolphins, New England’s passing attack is starting to find its rhythm. Newly acquired Josh Gordon only played 18 snaps and should see an increased role as he learns the offense. Cordarrelle Patterson had a season high 54 yards receiving on three catches and Phillip Dorsett caught his second touchdown of the season. Even with Rob Gronkowski being questionable for Thursday night, New England will get the suspended Julian Edelman back into the lineup.

Edelman is Brady’s safety net in the passing game. Julian has caught over 90 catches in three of his last four seasons. With him catching the short routes, it will allow Patterson, Gordon and Dorsett to have more one on one coverage on deeper routes.

2. Who Will Step Up In Place Of Hilton?

Ryan Grant, who has had 18 catches in the Colts four games so far, should be the beneficiary of extra looks against the Patriots. However, he would draw the match up of Devin McCourty, so it might not be in the double digits. So the guy to watch would be Chester Rogers.

The 6 foot and 180 pound receiver from Grambling State caught eight passes for 85 yards in Sunday’s game against the Texans. He had eight total catches in the previous three games. His ability to find space was one of the reasons why the Colts drives continued throughout the game. The Pats allowed 80+ plus receiving yards to Keelan Cole and Dede Westbrook in week two, and they are comparable receivers to Grant and Rogers.

3. Can The Patriots Run Effectively Against The Colts Defense?

Good news for Pats fans is that Michel rushed for over a 100 yards last week against Houston. He averaged over four yards a carry on 25 carries. Michel has the perfect combination of speed and power that should allow him to do some damage against the Colts. When you add James White (who had averaged 5.5 yards last week and 9.2 yards against the Lions) to the equation, they could combine for over 150 yards together – especially if Brady has a good night passing.

With the Colts having injuries to Hilton and Jack Doyle (Tight End) still on the horizon, Luck won’t have all of his targets on display against a Patriots defense that was outstanding last week. Even with Rogers, Grant and the emerging Nyheim Hines out the backfield, New England should be able to contain of those players. Not to mention the Patriots have TB12 at Quarterback. This game should be a blowout.