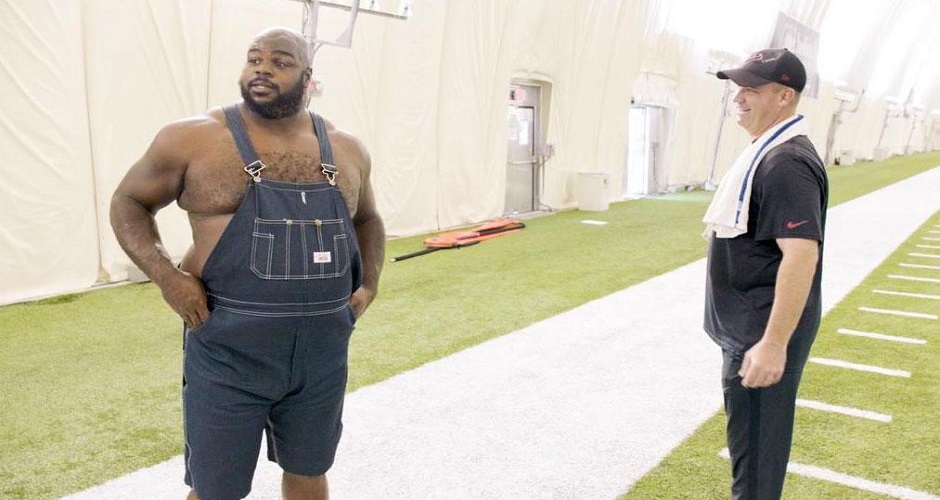 Seems that new Texans defensive lineman Vince Wilfork is making his mark in his new home town of Houston in more ways than one.

At Tuesday’s practice, Wilfork pulled up to practice in his huge SUV, wearing nothing more than overalls, cowboy boots and a ten gallon hat. Now, if it were Halloween and he was coming dressed as a farmhand this ensemble wouldn’t be so shocking. However, Wilfork is known for his fun loving attitude and the fact that owned his look like only he could the world only grew to love him more as well as his ability to take fashion risks.

We can only wonder #whatwillvincewear as the season progresses or his next career as a plus sized model. Hardknocks airs Tuesday nights on HBO.