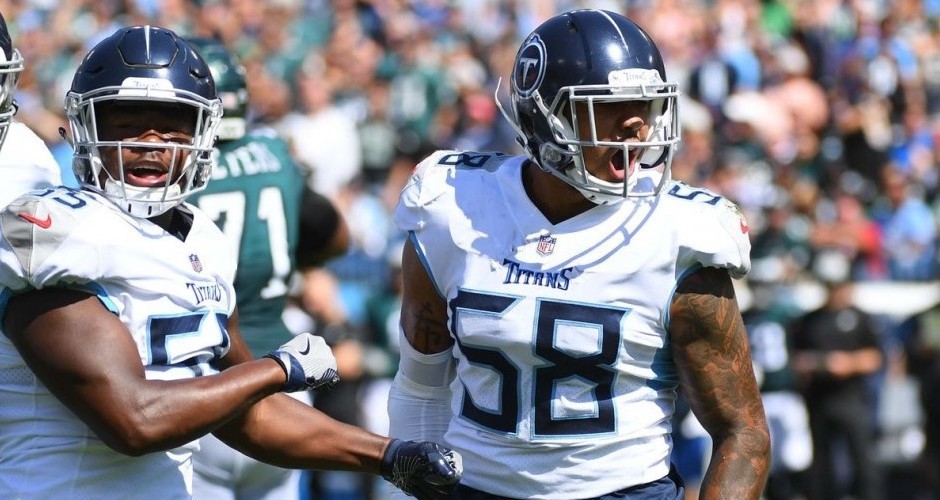 The Tennessee Titans stopped the bleeding last Monday night when they went to Dallas and pulled out a win. The game started rough for them, but they eventually got things going on both sides of the ball. After that big win, the Titans return home and now face the depending AFC Champions, the New England Patriots. For some former Titans players and even the coach, this will be a surreal feeling going against the team they gave their blood, sweat and tears for at one point in time. It will be interesting to see not only how the Titans respond to the level of competition and for the former players, it will be interesting to see how they go at their former team. Here are six keys to them being successful in their pursuit of another win.

Marcus Mariota started the game rough against Dallas, but as the game went on he got better. He made plays with his legs and feet like he is capable of doing. That type of performance was against a defense that was highly ranked in the NFL. The Titans need Mariota to be that same player again this weekend versus the Patriots. Not only do they need that same performance, but they need Marcus to be ultra-aggressive going at the Patriots defense and decisive when he decides to pull it down and run the football.

Before the season, everyone was excited imaging how Derrick Henry was going to do as the starting running back for the Titans. Well, it seems like his backup Dion Lewis has stole the show and quite honestly, he fits this offense better and the offense looks better with him out there, as evidenced by his play last week. This week, the more Lewis is in the game, the better the Titans’ offense will be. It’s about wins not who plays, but Lewis’  play gives them the best chance of winning.

The Tennessee Titans finally got in the endzone last week for the first time in what seems like forever. This week, they need to carry that momentum over. The Patriots are known as a defense that gives you things within the 20 yard lines but stiffens up in the red zone. For the Titans to have their best chance of winning this game, they have to finish those drives with touchdowns and not field goals. Tom Brady is on the other side and points will be needed.

1) Can the real Malcolm Butler show up?

Malcolm Butler was talked about as a good signing for the Titans defense. Well, the only thing that has happened well for him this season is biting on the double moves he has been given. Each game this season we have seen him get beat for a big play or touchdown and it has become a pattern. Against a team that knows him very well, that could happen again. Hopefully Butler has watched the film and will revert back to top form. If he doesn’t, Brady will definitely target him in the passing game over and over and over again.

2) Pressure up the middle

Tom Brady is one of the greatest quarterbacks of all-time and there is no denying it. There aren’t many ways to stop him, but one that can at least slow him down is pressure and more specifically, pressure up the middle. When Brady faces pressure outside, he usually steps up and makes the necessary throw. With pressure coming up the middle, Brady then has to escape outside the pocket and we all know he isn’t exactly great when throwing on the run or outside the pocket. Guys like Jurrell Casey and Austin Johnson could be huge in the outcome of this game.

Plenty talk about the addition of Josh Gordon at wide receiver or Rob Gronkowski’s presence on the field, but the guy the Titans need to find is running back James White. The talented running back is also a dangerous weapon in the passing game. He can be just as dangerous as any weapon Tom Brady has and over the years, running backs like Shane Vereen and Kevin Faulk have been great safety valves for Brady and White has become that guy. The Titans linebackers and safeties have to be aware of where he is at all times and make sure to make life a little more difficult for White when he’s on the field.

The Titans are underdogs once again, but they seem to be comfortable in this role. And after how they played against the defending Super Bowl champion Philadelphia Eagles, you could see them step up and play well with the level of play rising. Only time will tell, but it will be interesting to see if the momentum from Monday night carries over.