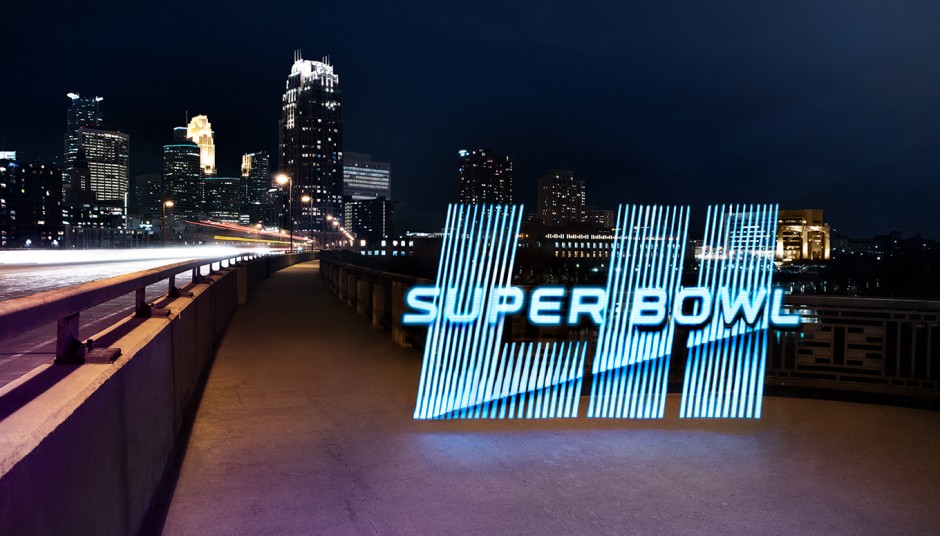 Super Bowl LII is among us – this time fans head to Minneapolis, Minnesota for one of the country’s most popular sporting events. Although the weather is the first thing that comes to mind, the Twin Cities has plenty exhilarating activities planned during the week to keep everyone’s mind off the cold temperatures.

Opening Night is the first interaction that players and coaches from the two teams have with media upon arrival in Minnesota. For the second straight year, members of both teams will interact with each other on stage for the first time and in front of fans. Super Bowl Opening Night will also feature special appearances and autographs by Minnesota Vikings legends, cheerleaders and team mascots, as well as fan photo opportunities.

Super Bowl Opening Night begins at 7:00 PM CT and will be televised live on NFL Network and ESPN2. The team appearance schedule is as follows:

7:10-8:10 pm
New England Patriots photo and interview session with all players and coaches.

9:00-10:00 pm
Philadelphia Eagles photo and interview session with all players and coaches.

Fans in attendance will receive gift bags with a radio giving them access to NFL Network coverage and player interviews taking place at the individual podiums.

Super Bowl Live Presented by Verizon will open daily starting on Friday, January 26 at 4:00 p.m. through gameday on Sunday, February 4. The event – free and open to the public – will stretch six blocks on Nicollet Mall, from South 12th Street to South 6th Street. The free, 10-day festival will have something for everyone including food, fun, and nods to winter that showcases Minnesota, including larger-than-life ice sculptures, warming huts, ice bars and winter sports and activities.

The Polar Plunge on Super Bowl LIVE presented by Verizon

Special Olympics Minnesota, in partnership with the Minnesota Super Bowl Host Committee are inviting visitors, residents, business, and athletes to participate in a Polar Plunge on Tuesday, January 30 at the Verizon Up Stage at Ice Mountain. The Polar Plunge, Special Olympics Minnesota’s signature winter event, is centered around participants jumping into a body of icy water and raising funds to support more than 8,200 individuals with intellectual disabilities across the state.

Verizon Up Stage on Nicollet Mall

Showcasing the Minnesota Sound and music across many genres, legends Jimmy Jam and Terry Lewis have created a musical lineup with something for everyone with free concerts at the Verizon Up Stage at Ice Mountain on Nicollet Mall.Highlights include an evening of music honoring Prince on Monday, January 29. ‘Prince Night’ performers include The Revolution, Sheila E. and Morris Day and the Time and other artists with professional ties to late Minnesota-born icon. Other performers include Idina Menzel, Soul Asylum, Dessa, Idina Menzel, Bob Mould, Esera Tuaolo and Mint Condition.

Visitors and residents will have the chance to soar across the Mississippi River suspended 100 feet in the air on the Bold North Zipline, a feature attraction for the 10 days of Super Bowl festivities. Thrill seekers will have a blast by ziplining 750 feet from a launch tower on Nicollet Island to a landing tower across the Mississippi River. The Bold North Zipline opens on January 26 and runs daily through gameday.