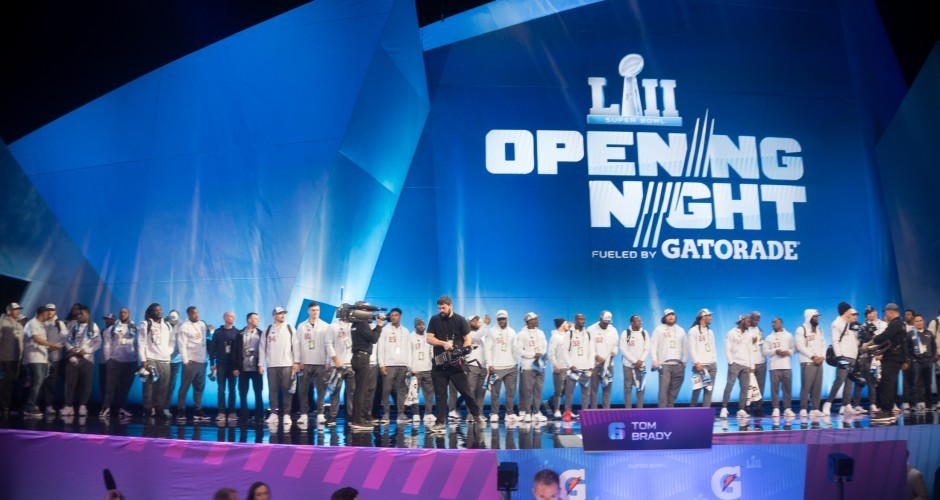 Super Bowl 53 will officially get underway with Opening Night on Monday, January 28th at State Farm Arena. Formally known as Media Day, Opening Night has become a staple primetime fan experience featuring both Super Bowl teams answering questions from the media for approximately an hour each. This year the Los Angeles Rams and New England Patriots will take center stage when the event begins at 7 p.m.

The night will begin with the NFC Champion Rams starting their team interview session. Then, coaches and captains from both teams will appear together on stage before the AFC Champion Patriots take the floor at 9 p.m. Opening Night is the only time the two teams will be in one location at the same time.

Fans in attendance will be able to see the teams and listen via radios distributed throughout the arena as players and coaches answer questions, receive autographs from former NFL players, and celebrate with Falcons cheerleaders.

Opening Night will air live on NFL Network. Tickets for the event are still available at www.ticketmaster.com.