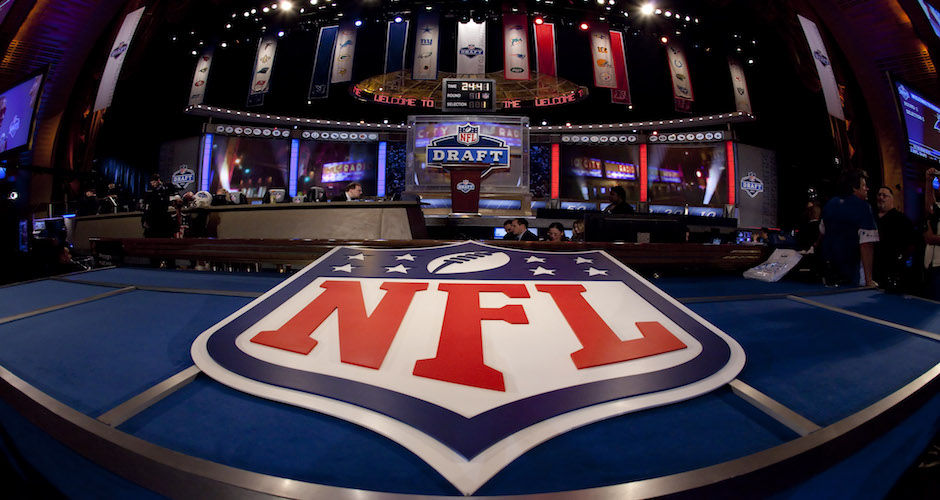 St. Jude patient and Denver Broncos’ fan Austin will have the chance to take his dream of becoming a sports journalist to another level at the NFL Draft this week. Austin will join Commissioner Goodell onstage at AT&T Stadium to announce the Broncos’ Round 1 pick on Thursday, April 26. As a charity partner of the league since 2012, the NFL is helping to raise support and awareness for the lifesaving mission of St. Jude and giving patients unique experiences at various NFL events.

An aspiring NFL broadcaster, Austin, 17, from New Mexico, was diagnosed with oligoastrocytoma, a rare form of cancer, at the age of two and has been in remission since 2007. He recently joined Andrew Sicilliano on “Up to the Minute” to announce the news and analyze the Bronco’s Draft needs.

“It’s an amazing opportunity. I can’t thank St. Jude’s enough for yet another great opportunity they have provided to me. It’s pretty much all thanks to the partnership between St. Jude’s and the NFL,” said Austin during his appearance on Up to the Minute. “I’m just really excited about getting out there to Dallas and just being around everybody out there. I’m just ecstatic and thankful for this opportunity.”

Luckily for Austin, this isn’t his first experience reporting for the NFL. A few years ago he attended Super Bowl 50 when his beloved Broncos and Peyton Manning faced the Carolina Panthers.  That was the beginning of his love for sports journalism.

“I credit that as my start in sports broadcasting and the start of getting the feel for sports journalism was at that moment when I got to talk to Peyton Manning live on the NFL Network,” stated Austin. “That was basically the start, and I was able to continue that with interviewing Gary Kubiak and also hanging out with Rich Eisen in Houston at the last Super Bowl so its just been a continuation of what I’ve been wanting to do and I’m very excited to continue it even further with this opportunity.”

Today, as a junior in high school, Austin is an announcer for a sports radio show in his hometown and is an on-air personality and prep sports statistician for local ESPN radio in New Mexico.

When asked about his plans for the future, he admitted that he hasn’t quite narrowed it down yet but he has a few ideas. “I’m hoping I can become a play by play broadcaster or a sports writer. I write for my school newspaper for all the sports activities that we have going on at my school. It’s kind of a toss-up between those right now. I know for sure when I go to college, I want to get in the sports journalism aspect of things.”

Although he is still working on his career plans, he does have a well thought out guess about the Broncos’ first round draft pick on Thursday.

“I think it is toss-up between Baker Mayfield and Bradley Chubb just based on what I’ve seen with all the mock drafts that have been coming out lately. Everyone’s saying Baker Mayfield and it’s not that I disagree but there’s a lot of options out there that the Broncos can choose from and you’ve got to consider all of them.”

Austin will find out soon if his prediction comes to fruition when he takes the stage to make his big announcement.

Watch Austin’s “Up to the Minute” appearance here.