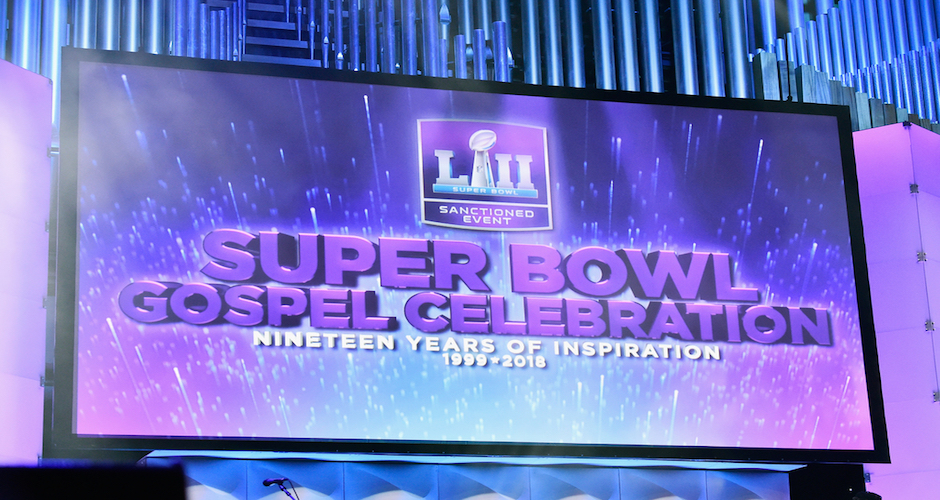 The Gospel Celebration started as a dream for founder Melanie Few. However, her persistence opened the door to the only NFL sanctioned gospel event during Super Bowl weekend.

The red carpet leading up to the event buzzed with excitement about Snoop Dogg’s debut performance as a gospel artist with his new inspiration album Bible of Love.

“Tonight is a new beginning because we have only had traditional gospel artists all these years. We’ve never had anyone completely on the secular side like Snoop Dogg,” said Few. “I’m excited. I had the chance to listen to his amazing testimony. His mother is an evangelist. He’s had over 1,000 boys come out of his youth football league. Twenty-one of them are in the NFL. Even though he may be unique to gospel, he definitely has a ministry.”

“Snoop is a lot of fun. I want to see him in this gospel element,” said Goo Goo Atkins, star in the hit show Mary Mary and singer Erica Campbell’s sister. “I welcome him with open arms. I absolutely love it and I’m looking forward to what he has to say about his God.”

When ProPlayerInsiders caught up with Snoop on the Gospel Celebration red carpet, we asked if he had any advice for other rappers who may want to cross-over into the gospel realm. “I don’t have any advice for them. Sometimes you’ve got to let God find you. I don’t want to push this on nobody,” stated Snoop. “I wasn’t asked to do it. I woke up one morning and said this is what I want to do. I don’t feel like it should be advice. Once you find that spirit to do better. You’ll do better.”

Besides Snoop Dogg highlighting the night, the Gospel Celebration is one of few events that brings together faith and football.” Several performers and participants acknowledged the significance of bringing praise and inspiration together during an event like the Super Bowl.

“It’s a wonderful thing for gospel to be included in the world’s greatest sports event. When you read the bible, the bible makes reference to sports quite a few times throughout the book. I’m happy that the NFL has thought of us and we want to take full advantage of it, said gospel artist Rance Adams.

“We need to be highlighting more than sports. We have some great entertainers in our city, in our state, and in our country. I’m looking forward to an awesome celebration, said Minneapolis Mayor Jacob Frey.

Having the Gospel Celebration apart of the Super Bowl is really important to us. II don’t think people know the extent to which we have a strong music and gospel tradition. I grew up in church listening to the Sounds of Blackness almost every Sunday, said St. Paul Mayor Melvin Clark III.

Seattle Seahawks Russell Wilson was honored with the first-ever Faith in Action Award. Arizona Cardinals’ Larry Fitzgerald received the Lifetime of Inspiration Award, with his father Larry Fitzgerald, Sr. accepting the award on his behalf.

The Gospel Celebration was taped live on Thursday with a subsequent one-hour special airing on BET for the fifth consecutive year on Saturday, February 3rd, 2018 at 11:00 p.m. ET.