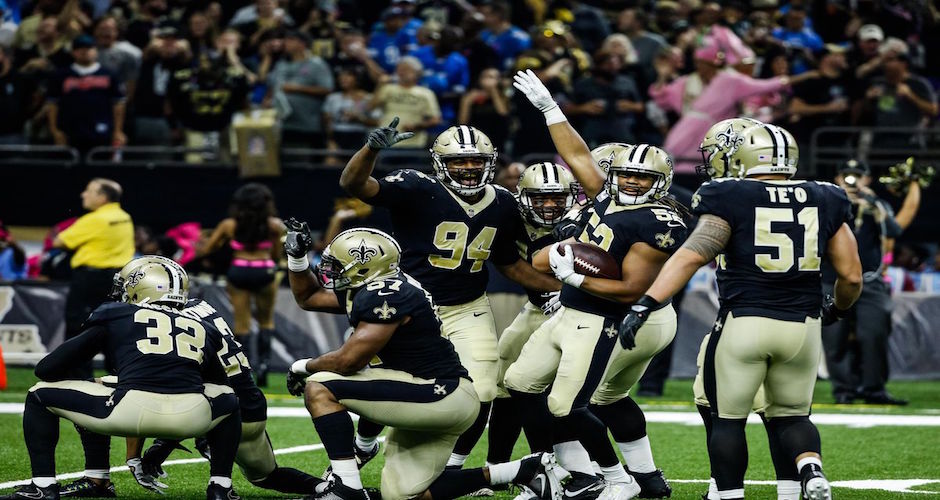 The NFC Championship Game on Sunday is sure to be an electric performance between two of the most elite offenses in the NFL — the New Orleans Saints and Los Angeles Rams. With so much talent on both sides of the ball, this regular season rematch has the makings to be another high scoring game with more at stake…a trip to Super Bowl 53 in Atlanta.

All eyes will be on the usual suspects to include Drew Brees, Alvin Kamara, Michael Thomas, and Mark Ingram for the Saints. Then there is Jared Goff, Todd Gurley, the recent emergence of C.J. Anderson, and Marcus Peters for the Rams. That’s just scratching the surface of the variety of weapons that will be on display.

However, the X-factor in this game lies is the hands of the two offensive minded coaches who have led their teams to this point — Sean Payton and Sean McVay. Although the Saints beat the Rams earlier this season, it’s not always easy to repeat the same outcome. That is why the Saints are fortunate to have home field advantage in this situation. They will also be relying on Payton’s experience, aggressive approach, and innovative play calling to give them an extra edge.

Payton’s journey back to the NFC Championship has faced some bumps along the way since the Saints’ first Super Bowl win in 2010. His rise to the top came to a screeching halt in 2012 when the NFL suspended Payton for failing to stop, and working to cover-up, the three-year existence of a bounty system that included targeting four quarterbacks to include Kurt Warner and Brett Favre. It was an unprecedented move by the NFL that shook the Saints season. Now six years later, Payton has seemingly redeemed himself and the narrative surrounding him is now focused on his diverse personnel packages and special play calling abilities.

“I think Sean has a great feel for the game,” said Saint’s quarterback Drew Brees. “We have a pretty extensive play call list. The writing is so small you can hardly read it there’s so many plays on that thing. I think what it is…is he’s got all that there at his discretion depending on what he’s feeling and then the situation in the game and obviously we have a plan. We talk about that extensively throughout the week as far as what we are looking for. If they start playing this in a bunch of this then we have got this package of stuff we can get to.”

“First time we get to a fourth down and short, this is what I want to call. Here is our critical situation call if we’re trying to get into field goal range,” Brees continued. “Here’s our fourth-and-two call going in to score just like we did against the Eagles in the second quarter to score that touchdown which was a critical play in the game. You talk about these situations and obviously these are in his memory bank. So the minute he feels like this is the time, this is the situation, he is able to dial it up. We all know it is coming because we have talked about it and so a lot of confidence comes with that.”

When asked what it’s like to play for Payton, linebacker Demario Davis said the following:

“Great head coach, I think he sets the standard high and he demands everybody to rise up to that standard. He’s very intense and when you play for a coach like that you just want to match that intensity.”

On Sunday, the Saints will have a chance to erase the memory of the heartbreaking loss last season to the Minnesota Vikings that abruptly stopped their Super Bowl run. Payton understands how important this moment is on so many levels. You can guarantee he will pull out all the magic tricks in his playbook to secure a victory over the Rams.