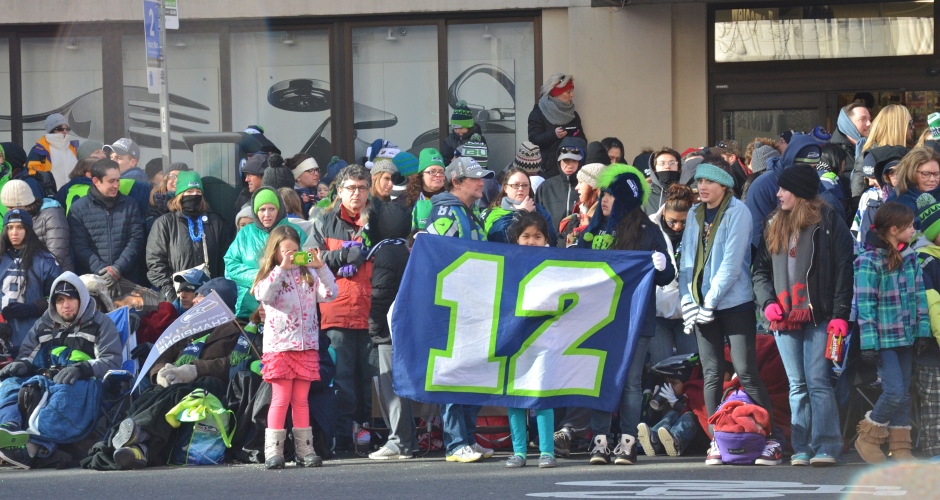 In the first game of the 2014 NFL Season, the Seattle Seahawks took their first step to proving they are the team that can repeat as Super Bowl Champions for the first time in a decade, beating the defending NFC North Champion Green Bay Packers 36 to 16.

Russell Wilson threw for 191 yards and two touchdowns, and Marshawn Lynch led a dominant running attack, finishing with 110 yards and two touchdowns. Seattle ran for 207 yards with a combination of Lynch, Robert Turbin, Russell Wilson, and the now-healthy Percy Harvin, who had 100 yards of total offense, helping the Seahawks win their eighteenth game in the last nineteen tries at Century Link Field.

Aaron Rodgers was 23 of 33, but for only 189 yards and a touchdown and interception, while second-year running back Eddie Lacy only ran for 34 yards on 12 carries, 4 of which came after halftime, and was diagnosed with a concussion after the game. Rodgers did not throw a single pass in the direction of All-Pro corner Richard Sherman, with Jarrett Boykin lining up against him on the single receiver side for most of the game.

An offense that was great in the preseason for Pete Carroll’s squad extended into the opener, with Wilson leading the team t0 17 points on their first three possessions. The scoring began with an 11 play drive that was aided by some luck, as a Wilson pass that was tipped was nearly intercepted by linebacker Brad Jones, but tight end Zach Miller knocked the ball away from Jones before he could secure it.

It appeared after the ball that the Packers would get the ball back, but a running into the kicker penalty by defensive lineman Mike Daniels on 4th down and 2 gave Seattle a first down. Kicker Steven Haushka finished the drive with a 35 yard field goal, making it 3-0 with just over six minutes left in the first quarter.

Green Bay’s next possession appeared to be a three-and-out, but All-Pro safety Earl Thomas, put in this week as the punt returner, fumbled after being hit by the Packers Davon House. Sherman accidentally pushed House into Thomas, and Green Bay recovered at Seattle’s 34.

The offense took full advantage, going the rest of the field in six plays, including a pair of first down passes from Rodgers to Randall Cobb and Jordy Nelson. The drive ended with fullback John Kuhn running in from 2 yards out, reaching across the plane to make it 7-3 with 1:25 remaining int the first quarter.

But the Seahawks, as the offense began at their 10 yard line after a holding penalty, and got into the endzone in just six plays. Wilson found Harvin on a crossing pattern for 33 yards, and then took a zone-read fake handoff and threw the ball to Ricardo Lockette, who was wide open and broke a tackle from rookie safety HaHa Clinton-Dix to score from 33 yards out with 13 minutes left in the second quarter to give Seattle the lead, 10-7.

Green Bay’s offense took their next posession and kept the ball for over six minutes. A 12 play, 79 yard drive included a 44 yard pass interference penalty on linebacker Bobby Wagner on a Rodgers deep ball to Cobb, getting the Packers to the Seattle 8 yard line.

However, the Seahawks defense did not allow Rodgers to find an open receiver in the endzone, and Mason Crosby hit a 23 yard field goal with just under seven minutes left in the half to tie it at 10-10. On the drive, right tackle Bryan Bulaga, who was playing in his first game in nearly two years, injured his surgically repaired left knee, and would not return.

The third possession of the half for the Seahawks again ended in points, as the drive began with Wilson finding Miller for an acrobatic one-handed grab over linebacker Clay Matthews for 22 yards. Lynch ran for 32 yards on the drive, including a nine-yard touchdown to put Seattle up 17-10 with 3:41 left in the half, and the score would stay the same at halftime.

On Green Bay’s first possession of the second half, Rodgers threw too out in front of Nelson, and the ball bounced off the receiver’s hands and fell in the grasp of cornerback Byron Maxwell, who took it down to the Packer 8. Haushka hit a 20 yard field goal to make it 20-10 with 10:28 in the third quarter.

On the next possession, the Packers faced a fourth down and 5 in Seattle territory, and went for it. However, Bulaga’s replacement, Derek Sherrod, was beat off the snap by Cliff Avril, who sacked Rodgers and gave the ball back to Seattle.

After their defense forced a punt, the Packers offensive line issues continued, with Sherrod beat by Michael Bennett, who strip-sacked Rodgers. Sherrod recovered the ball in the end zone, and the Seahawks extended their lead to 12 with 4:42 left in the third stanza.

Seattle’s offense finally ended their second-half doldrums and took the game home. A nine play, 53 yard drive that included a big third-and-10 conversion from Wilson to Harvin ended in Lynch’s second touchdown run from three yards out to put the lead at 19 after the first play of the fourth quarter.

Green Bay’s defense, attempting to get a stop, was done in by a crippling penalty, as it was at a few times during the night. A 3rd down and 6 that appeared to end in  a sack of Wilson was instead called back due to a holding penalty on Brad Jones, and the Seahawks would end any hope of a dramatic finish.

The third-year quarterback led Seattle on a 13 play, 80 yard drive that took off exactly seven minutes. On a 4th and 1 in the redzone, Wilson used trickery again, executing a perfect playfake and throwing a quick pass to wideopen full back Derrick Coleman, who scampered in from 15 yards out to make it 36-16 with two and a half minutes remaining.

Both teams return to play 10 days from now, with the Seahawks going to San Diego to play the Chargers, while the Packers will play their home opener against the New York Jets.

One Response to “Seahawks Dominate Packers In NFL Kickoff, 36-16”