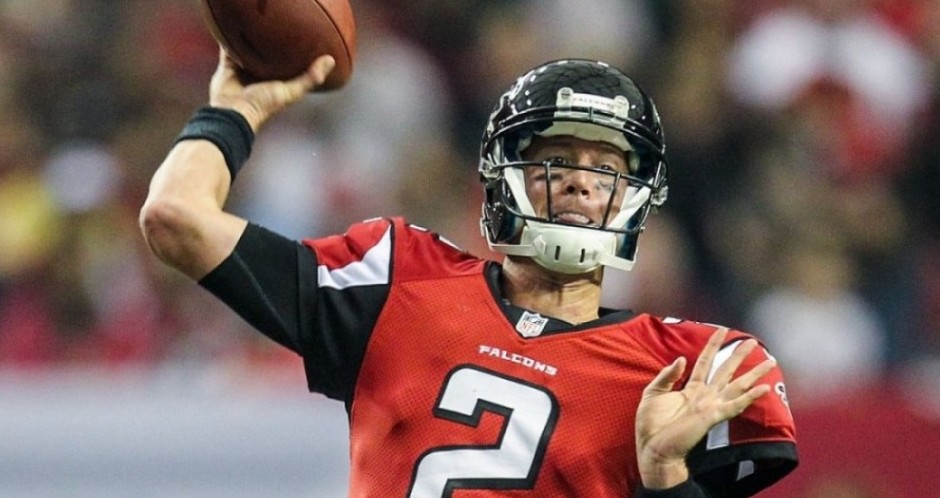 Headed into Sunday’s early game, the major storyline was if Matt Ryan, who is 0-3 in the Playoffs, could finally get the Falcons over the hump and earn his first Playoff win. For Seattle, the hopes of a return to glory rested in the hands of the last rookie in the Playoffs (Kaepernick did not start all 16 games). In the most exciting Playoff games of 2013 that saw 10 crucial points scored in less than 30 seconds, the NFC’s number one seed managed to hold on to a 30-28 victory despite the frantic comeback from a scorching Seahawks squad.

After Sunday’s victory, Atlanta fans can finally breathe easy with regards to their franchise QB and his Playoff woes. In the last minute of the fourth quarter, the average fan at the Georgia Dome experienced happiness, disappointment, major elation, and utter depression. The biggest sighs of relief came from Matt Ryan, Tony Gonzalez and head coach Mike Smith, who all picked up their first career Playoff victories. It took a herculean effort reminiscent of their regular season comeback against Chicago to get it done. Though it was Matt Ryan who picked apart Seattle’s secondary in the early going and in the last 30 seconds, Matt Bryant’s field goals—including a 49-yard game-winner—made all the difference in this one.

Ryan’s manhandling of a unit which refers to itself as the “Legion of Boom,” had to put a smile on the faces of the fans and players who paid attention to Richard Sherman’s trash talk leading into the contest. Atlanta wasted no time with the bulletin board material when Roddy White torched him for a 47-yard TD and threw it right back in his face. Virtually every Falcons player who played any significant time on offense produced at a high level against the talented Seattle D. The only major concern for Atlanta was their inability to close out a game that was virtually over by halftime. Their “killer instinct” is going to have to be present if Atlanta has aspirations of hoisting the Lombardi Trophy this season.

Seattle looked to be down and out after a 20-0 score at halftime deflated a surging Seahawks team. That was until Russell Wilson nearly completed the second-half comeback for the ages. “Matty Ice’s” counterpart may have shown that he has some ice water in his veins as well when his team took their first lead 28-27 with 30 seconds left in the game. Even in the waning moments of the game with the hostile crowd at a deafening roar, Wilson confidently led his offense into Atlanta territory and avoided a sure sack by hitting Marshawn Lynch for a big gain to the five-yard line. Atlanta almost shot themselves in the foot with a 12 men on the field penalty that brought Seattle within two yards of the end zone. Lynch eventually finished what he started by scoring a touchdown, which needed an official review to confirm.

After a Seattle score, it seemed as if this team was destined to reach the NFC Title game. But, unfortunately for the Seattle faithful, they found out firsthand why Matt Ryan was given the nickname “Matty Ice.” After two quick passes for big yardage, Matt Bryant came on to knock home a 49-yarder for the 30-28 lead after Pete Carroll’s timeout call came too late, allowing him to get a free attempt at the kick.

After a botched squib kick, Wilson still had one last chance to finish Atlanta off for good. After a quick completion to set up a Hail Mary, Wilson’s pass was picked off by WR Julio Jones. Though there were no miracles or replacement refs to bail Seattle out this time, Wilson’s magical run in this one and throughout the season made this team fun to watch. There should be high levels of optimism moving forward all season as Wilson and this team did not flinch a bit after Seattle’s inability to really get any major offense going.

Seattle may have shot themselves in the foot when you take into account the missed opportunity for points as a result of their poor time management late in the first half. The points that Seattle desperately needed to keep their Playoffs run alive were left out on the field Sunday. Russell Wilson and the red-hot Seattle offense amassed over 450 yards of total offense on the day, but were just simply unable to overcome their poor first half performance.

Perhaps the biggest storyline was the ineffectiveness of Seattle to run the ball. Marshawn Lynch, the NFL’s second leading rusher behind Adrian Peterson, never had that breakout run like we are accustomed to seeing. Even the option runs created for Russell Wilson were mostly ineffective, severely impacting the outcome on the final score of the game. Though Wilson and Lynch did both punch in a one-yard TD, both rushers underwhelmed in the one game they could ill-afford to struggle.

Atlanta will have an equally tough task when they host the San Francisco 49ers in the NFC Championship game next week. Atlanta should not change their scheme defensively against a 49er team that has a mobile quarterback similar to Wilson in the rookie Colin Kaepernick. However, if they are to prevail, they may wish to tighten up the loose ends that almost led to defeat. The 49ers and Seahawks are almost identical in their abilities to run the ball effectively, play good defense, and use the mobility of the quarterback to make plays and open up the play-action passing game. The 49ers do not boast any real elite players at the receiver slot with the lone threats being Michael Crabtree and Vernon Davis. If Atlanta is able to contain the Kaepernick/Gore duo, while limiting Crabtree and Davis’ reception, then “Matty Ice” may finally lead Atlanta to the “Big Game,” something they have been waiting for him to do since being the first overall pick back in 2008.

For Seattle, it’s back to the drawing board after a disappointing end to a season that most could not have predicted. Seattle’s most pressing needs are in the receiving game and in the linebacking corps. However, the upcoming draft features a lot of young, talented defenders that could add to an already scary defense. If Seattle is able to secure an elite WR to pair with Sidney Rice and Golden Tate while finding a defensive stud or two, Russell Wilson and company could be dangerous for years to come. All things considered, the future is very bright for Seattle and this loss should not majorly impact how they set their roster for 2013 and beyond.