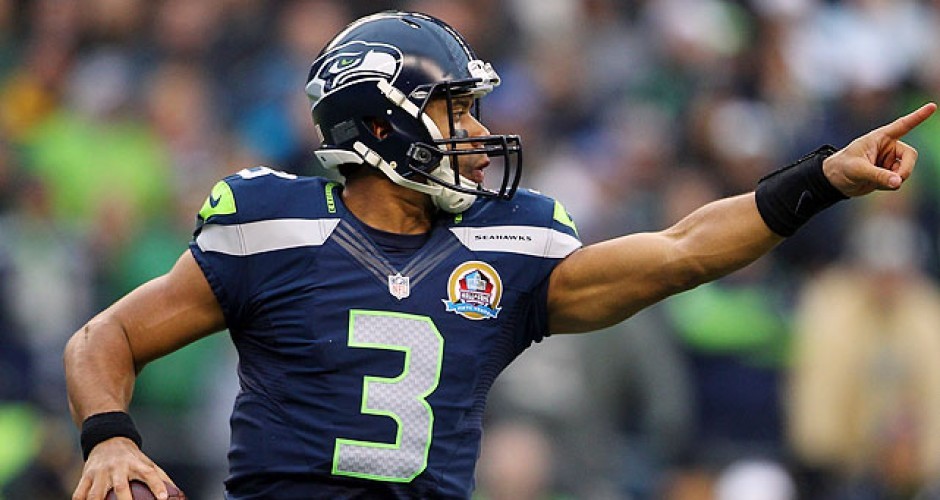 Russell Wilson was not always the clean cut, star quarterback that you see today.  Wilson had some bumps in the road during his childhood and was always getting into some kind of trouble.  He played sports but he was constantly into something mischievous.  From punching kids, biting kids, you name it Wilson did it.

Wilson was always so preoccupied with playing sports that being a good kid just was not all that important to him.  One night Wilson had a dream that his Dad passed away and Jesus appeared to him in his dream.

“I had a dream one night that I was at UVA football camp.  It was Saturday night and my parents were supposed to pick me up on Sunday to go to church.  I had a dream that my Dad passed away and Jesus came into the room.  And he was basically saying hey, you need to learn more about me.”

Wilson’s father ended up passing away six years later.  The dream Wilson had is enough to make any person change and this is exactly what it did for Wilson.  His father was gone but Wilson knew that it was extremely important for him to live his life for Jesus Christ.

These days Russell Wilson is a star quarterback in the NFL for the Seattle Seahawks.  He took an interesting road to get to where he is today.  He played three years for the North Carolina State Wolfpack before transferring to the University of Wisconsin for his senior season.  Facing this adversity would make most quarterbacks doubt themselves and possibly fail, but not Wilson.

He transferred to the University of Wisconsin and had a stellar senior season.  Eventually he got himself drafted as the 75th pick overall in the third round of the draft.  He then faced more adversity his rookie year because quarterback Matt Flynn signed a multi-year contract to be the starting quarterback of the Seattle Seahawks.  However, this did not deter Wilson for wanting to take his job.  Wilson went into camp and performed so well that Pete Carroll gave him a shot in the preseason to start a game.  Wilson impressed everyone and eventually won the starter’s position.  The rest has been history and to say Wilson has been successful would be an understatement.  Wilson has had a huge success and he says he owes it all to the Lord.

During a Northwest University Hall of Fame event in Sacramento where he was a keynote speaker Wilson explained his faith in God and how far he has brought him to his audience.  “I should not be in the NFL – I am 5-10 and five-eights.  All the adversity and naysayers, God doesn’t care about that.”

His faith and belief in Christ is the sole reason he is where he is today and Wilson knows that.  He realizes that he has a huge responsibility to use this platform that he has to let people know about Jesus Christ.  “Live with a purpose, play with a purpose,” Wilson explains.  Wilson expresses that he plays for an audience of one, Jesus Christ.  He knows that he would not be where he is today without this belief.  Now he along with some of his Seattle Seahawks’ teammates are spreading that word.

Wilson  knows where the source of his strength and perseverance comes from.  He is unabashedly a Christian athlete.  He catches negative criticism from some but this does not bother him.  Wilson posts daily Bible verses on his Twitter account such as this one: I press toward the goal for the prize of the upward call of God in Christ Jesus. (Philippians 3:14 NKJV).  He is not afraid to let the world know what he believes in and how he feels.  He is an inspiration for athletes everywhere.  There is a movement of NFL athletes that follow this same faith and are not afraid to speak on what they believe in to the world.  With Russell Wilson being one of the leaders of the pack with this movement look to see some big things in motion and God at work.