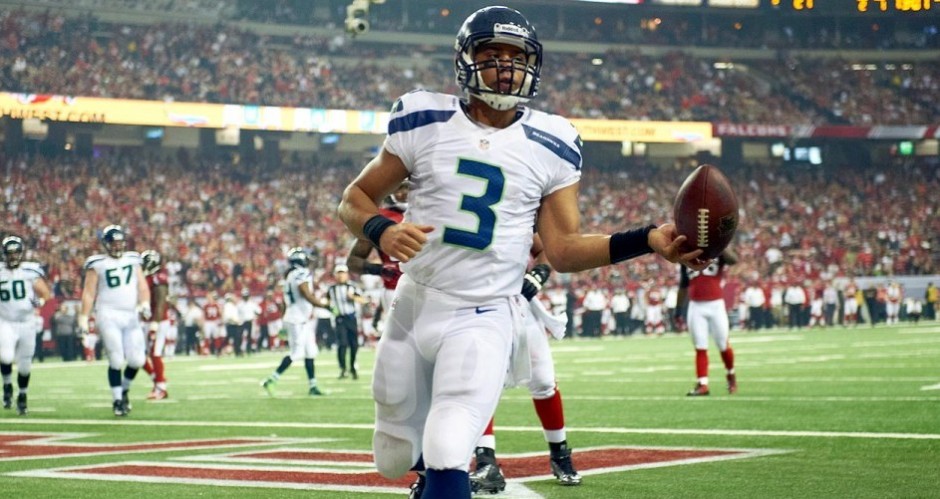 If the season were to end now, one could make a strong argument that Seattle Seahawks quarterback, Russell Wilson, is most deserving of MVP honors. Wilson heads into Week 8 with 1,945 yards passing, 15 touchdowns, and only one interception. His passing yards may only be good enough to rank him tenth, but the gap between first and tenth place is only 235 yards. Spread out over seven games and we’re talking about a measly 34 yards a game. Wilson’s 15 touchdown passes lead the league (a three-way tie with Patrick Mahomes and Matt Ryan), and his passer rating of 114.1 is good enough for second place.

What makes these numbers truly impressive is the lack of star talent Wilson has as his disposal. His best receiver, Tyler Lockett, while talented, is hardly prototypical. Lockett is listed as a generous 170 pounds and doesn’t crack six feet tall. Their second-best receiver, DK Metcalf, is the prototypical big-bodied wideout offensive coordinators drool over but has been quiet in his first season. He’s projected to finish the season with 46 receptions for 889 yards and five touchdowns. Those numbers would be respectable, but after a summer full of Instagram flexing, and a combine performance that nearly broke the internet, you’d think he was going to be unstoppable. Wilson has also somehow completed over 68% of his passes with a suspect offensive line. Pro Football Focus (PFF) ranks Seattle’s offensive line 29thin pass blocking and 17th in run blocking. We’re at midseason and the Seahawks are still having competitions to find out who will be their starting guard.

Aside from statistics, the main factor in crowning an MVP is evaluating how well the candidate’s team would do without them. If we took Russell off the Seahawks, would they still be 5-2? You could replace Wilson with any quarterback, and you’d still be hard-pressed to find someone who thought Seattle would still be as successful. Replace Russell with his backup, Geno Smith, and many would argue Seattle might be in a battle with the Miami Dolphins for the first-overall pick of the 2020 draft.

This week Wilson and company will head to Atlanta to take on the flightless Falcons, and you can expect his MVP stock to rise even higher. Atlanta is a dreadful 1-6. To make matters worse, they will be without quarterback, Matt Ryan, this Sunday. Ryan suffered a sprained ankle in the fourth quarter of last week’s game and will be forced to sit this one out. It will be the first game Ryan has missed in a decade, and taking his place will be 38-year-old, Matt Schaub. Earlier in the week the Falcons also traded receiver, Mohamed Sanu, to the Patriots – one less weapon Seattle will have to worry about.

When Wilson takes the field on Sunday, he’ll be up against the league’s 28th ranked pass defense. That same defense gives up 31.9 points a game – only the Dolphins give up more (35.2). Falcon’s head coach, Dan Quinn, has been on the hot seat for a while now, and with an MVP caliber quarterback coming to town, his seat may all but disintegrate come Monday morning.

Kickoff is scheduled for 10 am Eastern Time, and the Seahawks are currently favored by eight points.