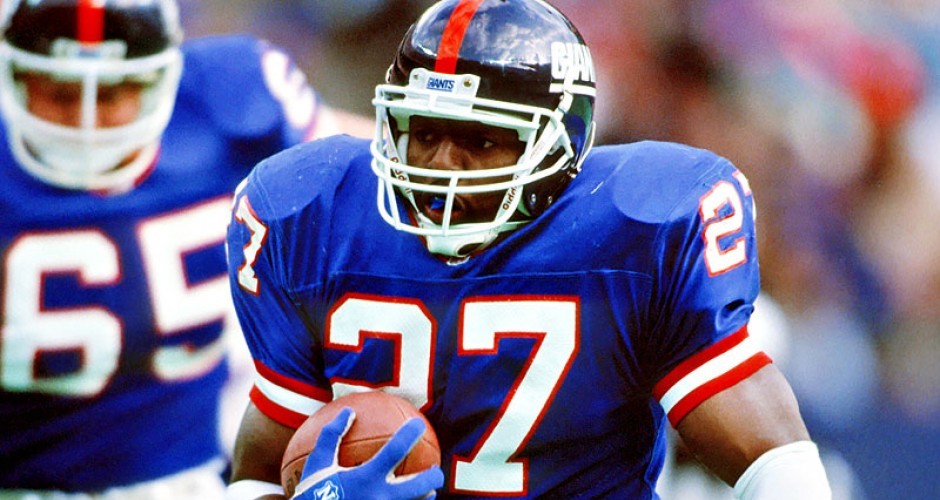 With the NFL Scouting Combine just behind and as we head toward Draft all the prospects will make their cases for why a NFL team should draft them.

As always some prospects will rise, some will fall and yet stars will emerge from each and every round. It’s the unexpected wonderful of the NFL draft.

To get some insight into what the draft process is all about, Pro Player Insiders Melissa Mahler caught up with former-New York Giants running back Rodney Hampton at the 8th annual NFLPA Smocks and Jocks event.

“That’s a nervous experience,” Hampton said outside the Eiffel Society in New Orleans. “I always thought I’d have a chance to play in the National Football League once I got into college at the University of Georgia.”

“I left my junior year but on draft day (was) very nervous, waiting on your name to be called. Once they called my name, New York Giants, it was a big release,” Hampton continued. “You’re happy but everything went so fast. I was able to play eight seasons for the New York Giants and I look back seeing it like just yesterday. It was just a nervous, nervous experience.”

“Super Bowl ring in my first year, my rookie year with the New York Giants. We beat the Buffalo Bills. I played with a lot of great guys, the Hall-of-fame coach Bill Parcells, and great, great teammates,” Hampton said. “ In playing eight years I got to experience a lot of good things and learn a lot of things that I can use in life.”

The NFLPA Smocks and Jocks event has developed a strong tradition of supporting the local art community in the host city of the Super Bowl.

This year at the event, hosted by the NFLPA Former Players Department, a $10,000 dollar donation from the NFLPA and the Professional Athletes Foundation was presented to the Terence Blanchard & Robin Burgess Endowment for Jazz Studies at the New Orleans Center for Creative Arts.

“I like the crowd and I’m getting into the art. There’s some great art inside, it’s a great atmosphere, the band is great,” Hampton said.

“I’m looking forward to (Desmond) Mason, a former basketball player, I know he’s got some nice pieces in there.”

“This event has grown over the years,” said Collins, a former linebacker for 10 seasons and the current NFLPA Director of Former Players. “An art auction is nothing without its artists.”