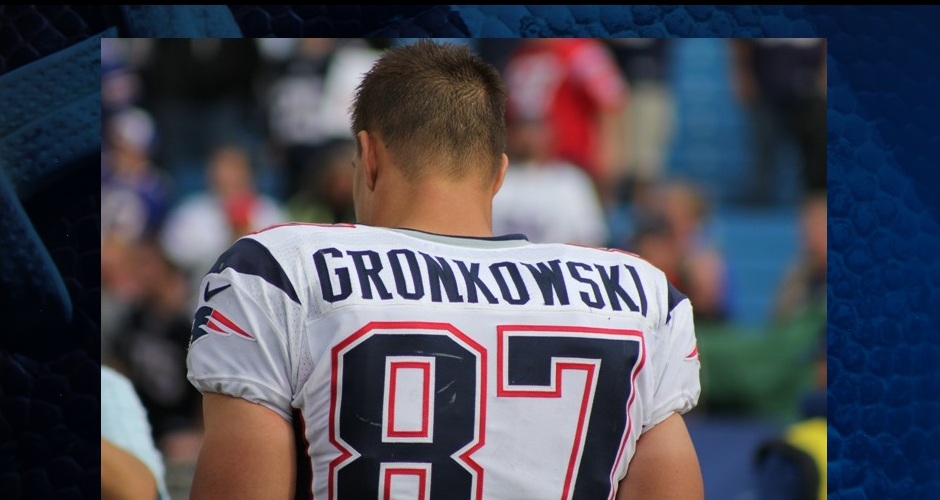 Rob Gronkowski is the name, spiking is the game.

The spike is a very original and frankly unimaginative touchdown dance. It seems like something a player does when a touchdown is unexpected or doesn’t have any action planned before the score. Gronkowski’s spike of the ball celebration is nothing new to the NFL but when he spikes the ball it is different than any other. He puts his own spin on it by trying to literally destroy the football on impact. His freakishly athletic body uses all its force and torque to propel the ball to the ground in a violent fashion. His spike is an expression of his playful demeanor which has been shown on and off the field throughout his career.

When Rob “Gronk” Gronkowski gets into the endzone, there is only one thing on his mind: Spike! The Patriots 4th year tight end stands at 6 feet 6 inches making this mammoth of a man a powerful football spiking machine.

Having had to wait until the NFL to celebrate touchdowns, Gronk is now taking full advantage of his opportunities. With 38 career touchdowns, one can almost certainly conclude that number also represents the number of career spikes Gronk has. It has become his signature move and like so many others before him, his expression of joy in a touchdown became an internet sensation. To “Gronk” something is to spike the object as hard as possible to the ground. Whether it is a football, a watermelon, a cell phone, internet imitators made sure to try and shake the earth with their Gronk spike.

There has only been one variation to Gronk’s signature spike. It was showcased when the Patriots traveled overseas to play the St. Louis Rams in England at Wembley Stadium. Gronk caught a touchdown pass in the second quarter and with some British flare he proceeded to march back and forth like a guard would in front of Buckingham palace before he capped the celebration with a spike. It was a comical prelude to his normal celebration.

Though as simple as it seems compared to touchdown celebrations by the likes of Steve Smith and Terrell Owens, the Gronk spikes proves just as recognizable and as entertaining. The guy goes all out every time. It a miracle he hasn’t injured himself as he attempts to celebrate. It may be more of a miracle that a ball hasn’t exploded on impact after a ferocious smash to the ground. One thing is for certain however, when he reaches the endzone, Gronk will smash.