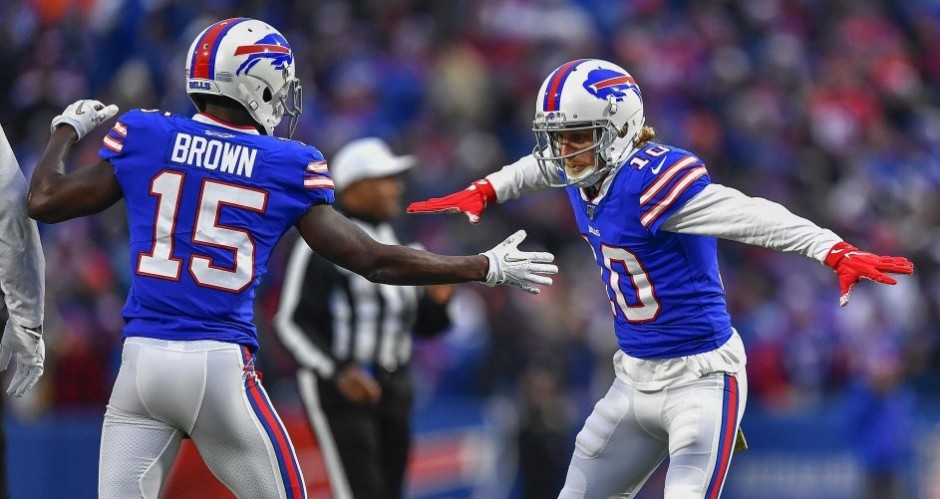 Let’s be honest, the Bills Mafia will always hate the Dallas Cowboys. Even on Thanksgiving there will be no love, appreciation, or sharing of the turkey legs. It doesn’t have to be a Sunday, Monday, Thursday, or even an occasional Saturday – Buffalo will hate them on a Tuesday, Wednesday, or Friday just the same. You’ll find Tom Brady sharing his hatred for the Cowboys at a dinner table in Western New York, long before the team wearing red, white, and blue calls anyone else “America’s Team”.

When Buffalo heads into Arlington on Thursday afternoon, there will be no Emmitt Smith, Michael Irvin, or Troy Aikman to worry about, but they’ll still be up against one of the best offenses in the NFL. Dallas currently leads the league in yards per game (433.4) and ranks sixth in scoring (26.8 pts/g). Impressive, right? Not so fast. Dallas is only 6-5, and against teams with a winning record, they’re 0-4. They’ll be up against an 8-3 Bills team this week.

It will be the second straight game Dallas is facing off against a top three defense. When the Bills come to town, they’re bringing a defense that gives up only 288.6 yards, and 15.7 points per game – both good enough for third place in the NFL. For quite some time, Cowboys head coach, Jason Garrett, has been highly criticized of his inability to beat quality football teams.

Earlier in the week Cowboys owner, Jerry Jones, did little to distract from the criticism. “Let me just say this: I think all of us, including the fans, want to win a damn football game. OK?” Jones said. “I know we’ve got a lot of things to think about. Who’s coaching, who’s playing, who’s compared to another player someplace else. How about, let’s win some ballgames, folks. We can take that other stuff. I’m not known as a guy that gets hand cramps when I’m writing checks. But I want to win games.” Losing to the Bills on Thanksgiving may not get him fired before he has pumpkin pie, but it will be one step closer to the unemployment line for Garrett.

They key to a Buffalo victory remains the same. Quarterback Josh Allen will need to protect the football, and the Bills defense will need to stop the run. In Allen’s last six games he has thrown only one interception, but this season he leads the league in fumbles (6). Only two of those fumbles have been lost, but Allen can’t expect to always get the lucky bounce. Even when recovered, putting the ball on the ground ruins all momentum. Give extra chances to a high-powered offense like Dallas, and you’ll seal your own fate.