Reggie Bush lights up San Diego better than the best Fourth of July Light show, when he sets foot into town. Bush brought not only paralleled excitement Fourth of July fireworks bring but also knowledge of the game to the kids that attended his free Pro Day Camp.

The Detroit All-Pro Running Back and San Diego native returned to his alma mater, Helix High School, to organize a football camp that incorporates a fun and educational experience alongside instructional lectures to boys and girls in grades 1 to 12. “Reggie loves interacting with the kids and making an impact on their lives and to improve their knowledge of the game he grew to love,” his mother Denise Griffin.

Here are a few quotes from the kids at Pro Day to validate the bright “Bush influence” in San Diego: “Reggie is my role mode.No matter how much fame he gets, he still comes back to San Diego to support his home town, ” Jacob Wyatt (11 yrs) said. The self proclaimed future Bo Jackson, Malachi Santos Foster, mentioned, “Reggie Bush is my favorite football player, so that was like this is the coolest opportunity ever. He is just great at football and when he is lined up against other players he proves to be the best.” Thaj Stevens (13 yrs) went on to say, “Reggie came back to his home town to be with us in San Diego and has taught me to have heart, be humble, and to train.”

What made the Reggie Bush camp different from the rest was the fact that his parents were present and involved. His family clearly has supported him 110% since he set his goal to be an NFL player at the age of 9.  Not only were they thrilled to recognize their son’s community accomplishments but they were also delighted to spend the holiday weekend together.  Reggies’ mother told Pro Player Insiders their plans for the Bush Family on the Fourth of July. “We will be at his house in Los Angeles. I am going to make my famous BBQ beans and salad. Also a peach cobbler that they don’t know about. Lamar will be making his famous BBQ ribs on the grill.” As the fireworks burst into the air over Los Angeles, the Bush’s will also reflect on another great Pro Day Camp and be in celebration of giving back to where they came from.

Theresa Villano of Pro Player Insiders caught up with Reggie Bush’s parents Lamar and Denise Griffin at the Pro Day Camp. The proud parents opened up about their fond Helix High School memories, their plans for the Fourth of July, and the advice they want to give to parents of athletes.

PPI: What brings all of the family out to support Reggie’s Pro Day Camp and here at his former school, Helix High?

Mr. Griffin (father): Having wonderful day with our son and his camp. It’s a way to give back to the community and the high school he went to.

Mrs. Griffin (mother): He comes home quite a bit during the off season, this is one of the bigger times he likes to be here for his Pro Day Camp. After the season he comes back on and off for his camp and to give scholarship to the kids twice a year. He also come back to visit when he has time and not traveling.

PPI: This is the old stomping grounds for Reggie, Sitting in the stands watching him what was your favorite high school memory here at Helix?

Mr. Griffin (father): Our favorite moment was playing Fallbrook, in the middle of the game they broke his wrist and he still rushed for 286 yards and won the football game, this was the first time wearing all black uniforms in that game. (Parents in awe remembering)

PPI: The Helix High School staff is out here coaching. What does this mean for them to participate?

Mrs. Griffin (mother):: Brings good memories to them and they enjoy Reggie’s company when he comes back. Gives them a time to talk with him and spend some personal time with him. They go out to lunch and dinner . It gives a good look for the school as well, some of the students are here as well. It’s a really good thing and helps boost the moral for the students that go here.

PPI: During his career at Helix when you had that epiphany, my son might make it?

Mrs. Griffin (mother): Well, he said he was going to go to NFL at nine years old. I told him to keep god first and everything else secondary. He did that and here we are. When we got to go to New York that was wonderful too and the dream come true.

PPI: What was one thing you said Reggie growing up that was a mantra or something that you repeated over and over?

Mrs. Griffin (mother): There is always someone out there better then you and stay humble. I said, ‘If you stay humble before God he will exalt you. Don’t be cocky and don’t go out and exalt yourself because your talent will speak for its self.

PPI: Your family is such a big part of this what else did you do today or apart of the Pro Day Camps? How were you apart of it?

PPI: You have a granddaughter now. What is she like? What is it like to have another grandchild?

Mrs. Griffin (mother): He actually reminds me a lot of him when as a baby. OMG she is busy and strong. Doesn’t like to be held and she always wants to be moving around, has to see what’s going on, no matter if you’re coming or going.

PPI: She’s going to be a Cali girl?

Mr. and Mrs. Griffin: Oh yes she is! Reggie is a Cali boy…so she is Cali girl.

Mrs. Griffin (mother): We will be at his house in LA. I am going to make my famous BBQ beans, salad and peach cobbler. Lamar will be making his famous BBQ ribs.

Mr. Griffin (father): Where Reggie lives we will be able to watch all the Fireworks with my other two grand kids too.

PPI: What would you tell the parents of these children that are looking to get their child to the next level to achieve their goals and dreams?

Mrs. Griffin (mother): Make sure they stay in school, their grades are important and support and be there for your kids because you never know. All this time we never knew he was going to get to this level but we stayed there with him. Made sure he did his homework before he played sports and practiced, practiced, practiced! We supported him whatever he needed (jerseys, shoes). We also kept him in church to help keep him grounded and plus our discipline and our support for him.

Mrs. Griffin (mother): We never forced him to play either we always told him if you decide one day that you don’t want to play anymore we will still love you the same. We never forced our son to play, we never put him in any camps to get better. He just embraced it on his own at nine years old and he went with it and we stood behind him in support.

With the support of his family, Reggie’s presence in the community will continue to send fireworks into the air to those he impacts from San Diego to Detroit for years to come.

–Gabby Pape contributed to this story 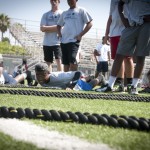 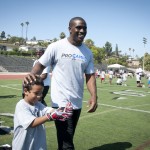 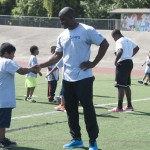 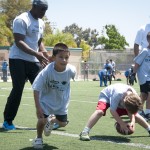 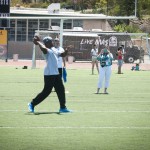 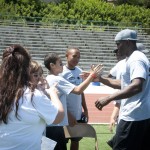 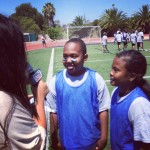 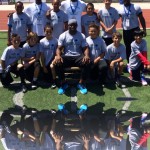 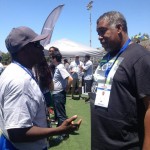 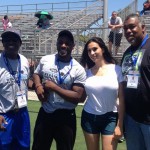 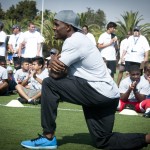 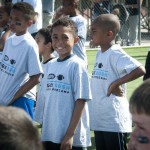 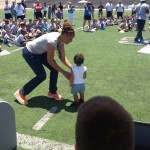 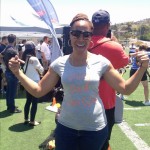 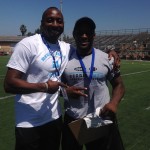 Olympic Sprinter Tyree Washington came out, ” Giving back to the youth here where Reggie ad I grew up gives me an all time high to inspire, motivate and mentor the youth.” 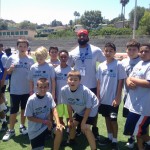 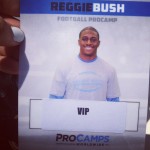 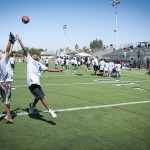 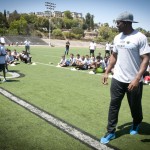 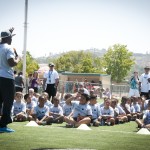 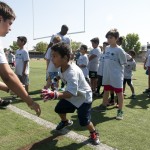 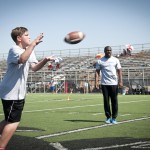 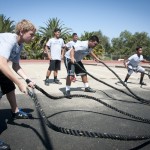 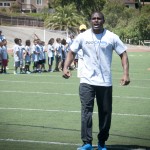 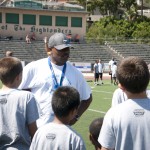