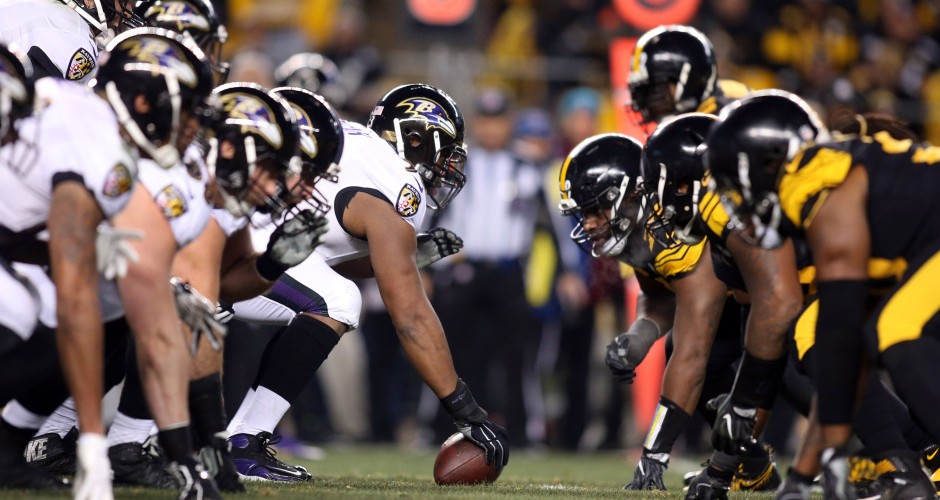 On Sunday night, one of the NFL’s best rivalries, the Pittsburgh Steelers vs. the Baltimore Ravens, will be facing off for the first time this season.

Now, while the days of Ray Lewis and Ed Reed are long gone, the matchup should still add excitement. The Steelers hold a comfortable 27-21 all time lead over the Ravens. However, that ensures no guarantees.

In their last match-up, the Steelers beat the Ravens by only 1 point at home, a score of 39-38.

In last years match-up, wide receiver Antonio Brown tore it up in the air, with 11 receptions for 213 yards. In addition, their long lost running back, Le’veon Bell rushed for 77 yards and a touchdown.Certainly, this Steelers offense is different without Bell in fold. Even so, I wouldn’t be surprised to see James Conner live up to the moment despite being held without a touchdown in last week’s match-up.

The Ravens, coming off an even hotter start than the Steelers, still aren’t considered the favorite by many analysts. If they were to pull off the victory, it would be their first at Heinz Field since 2015.

With the help of Alex Collins in the backfield and the explosive John Brown, this matchup should be a bit different from past, however just as exciting.

If it’s anything like Thursday’s game between the Vikings and the Rams, then the defensive coordinators are in trouble. At this stage in the game, all signs are pointing it out to be.