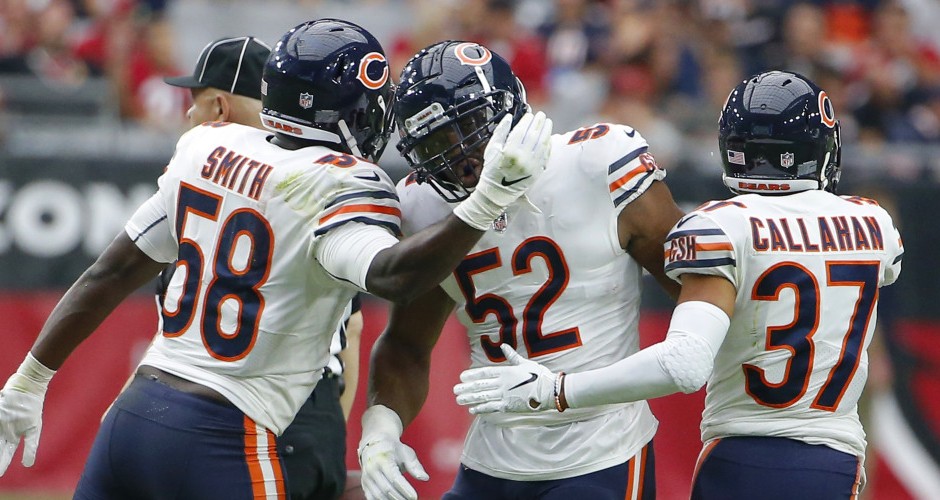 The Buffalo Bills offense has a bit of a different look coming into week nine against the Chicago Bears, who currently has their star linebacker, Khalil Mack, listed as questionable.

In 2016, Pryor hit 1,000 receiving yards with a Cleveland Browns team that went 1-15. In his subsequent seasons, Pryor wasn’t able to achieve as much productivity. Despite being with teams that were a bit better, he felt that he was underused and suffered minor setbacks due to injury.

If it’s not Peterman, then it’s going to be Matt Barkley against Chicago. Barkley has some experience, which is good.

In his three year NFL career, Barkley has only appeared in 11 games. But he’s played as recently as this past off-season with the Cincinnati Bengals before suffering a knee injury that took him out of contention to back-up Andy Dalton.

With the trade deadline now past, the Bills obviously never made any big splashes. Their biggest target, Lesean McCoy, stayed put, despite reports throughout the season that he could be on the move.

The focus now, with Buffalo’s limited weapons still in place, is to regain their confidence by simply working day-to-day, play by play. Once Josh Allen is healthy, all this quarterback chaos should come to a slow down, at the very least.

Yet, in the immediate days and weeks ahead, I expect a receiving core zipping around trying to make the best out of their current situation. And as far as the defense is concerned, if they can keep up with the way they’ve played, Buffalo should be able to churn out a few wins down the stretch.

The Bills will get things going this week against the Bears at 1:00 PM EST at their own New Era Field.