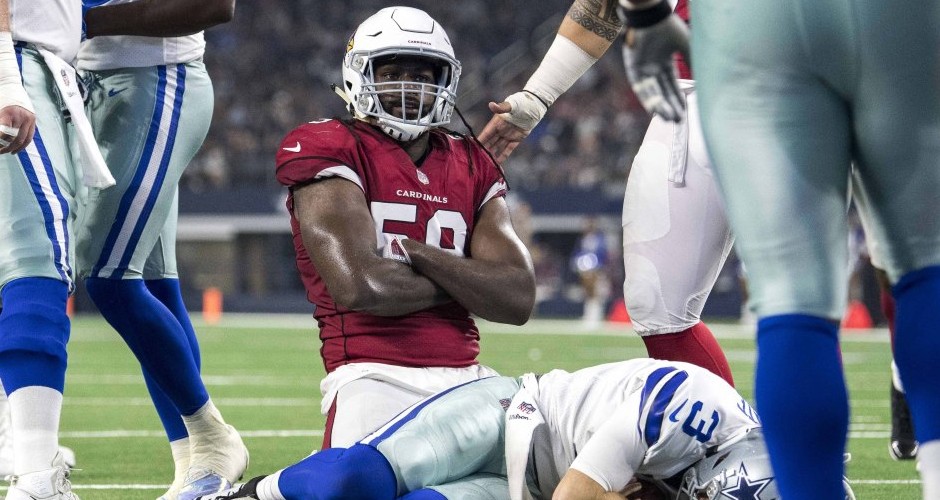 The Arizona Cardinals will wrap up their preseason at home this Thursday when the Denver Broncos trot in to the University of Phoenix stadium in Glendale, Arizona. If you are looking for starters, you won’t find them here.  Broncos Head Coach, Vance Joseph, has already said that at least 22 of his players will sit the contest out.  On Tuesday Cardinals Head Coach, Steve Wilks, was asked what to expect when it came to how much action his starters would see in the final preseason game and it sounds like if they do get any work, it will be very minimal. Wilks said that he added a little bit more to the practice for his starters this week.  “I tried to create a little bit of competition today,” he said after practice. “When I say competition, we had the ones going against one another in a couple of periods throughout practice.” Wilks said “they’re not going to play a lot this week, but we wanted to make sure they were on point and sharp with the mechanics and operations.”

While we may not see the starters, there will still be a handful of players to keep an eye on that are flirting with the roster bubble. For starters, the receiver position is wide open. Outside of Larry Fitzgerald, no one has staked claim on the depth chart positions that will join Larry on Sundays. Second round draft pick, Christian Kirk, will obviously be safe.  Kirk could end up carving a big role for himself on Sundays and leads all Cardinal receivers through the preseason with eight receptions for 59 yards and a score. Second year receiver, Chad Williams, has fared well with the first team and started to show signs of what the Cardinals originally hoped for when drafting him out of Grambling last season. He’ll be a safe bet to make the 53-man roster. Brice Butler was brought in this offseason to be WR2 and while that may not end up being the case, he too will likely make the team. So that leaves us with names on the roster bubble such as J.J. Nelson, Greg Little, and Trent Sherfield.  J.J. being released may surprise some people, but if he hasn’t impressed the new coaching staff his $1.9 million salary might lead to him becoming a cap casualty. If Little doesn’t make the team, it won’t be because of work ethic. Greg was out of the league for four years and while he certainly hasn’t missed any time in the gym as of late, he has only amassed two catches for 10 yards this preseason. He will likely get plenty of action in the preseason finale. Sherfield, an undrafted rookie out of Vanderbilt, will also likely see plenty of action tomorrow night. Early on, Sherfield earned praise from coach Wilks. “Number one, he’s smart,” Wilks said. “The guy does a great job of taking things from the classroom to the field, and for the most part, he’s really consistent in the day to day routine.” Any veteran will tell you, consistency is key.

Sources have also said that rookie quarterback, Josh Rosen (thumb), will not see any action this Thursday. So far, Rosen only has 29 pass attempts. It would be nice to get Josh more reps, but the backup line he’d be paired with makes things a little too risky for a guy you just used the 10th overall pick in the draft on. Backup quarterbacks Mike Glennon and Charles Kanoff will the the ones under center.  Glennon’s performance could very well be a job interview for suitable trade partners –one of those partners being the Denver Broncos, the team he will be facing Thursday night.

Two other names to pay close attention to are defensive ends Vontarrius Dora and Cap Capi. After the game Dora had against Dallas (3 sacks, 4 tackles, and 1 FF), his stock has skyrocketed.  Capi leads the team in sacks this preseason with four . You could make a case for both of them to make the roster, but there simply may not be enough room.

Another notable competition is between the kickers, Phil Dawson and Matt McCrane. Dawson will likely keep the job on experience alone but the 43-year-old missed 8 field goals last season and has already missed two this preseason. McCrane is an undrafted rookie out of Kansas State and he’s 3/3 on his field goal attempts –two of them being over 50 yards. Many felt McCrane was good enough to be drafted.  He connected on 86.4 percent of his field goals at Kansas State, the seventh-best percentage in NCAA history. With that said, will the Cardinals still want to pay Dawson $3 million in 2018? We’ll know the answer by 4pm Eastern Time on September 1st.

Kickoff for the Cardinals preseason finale is scheduled for Thursday, August 30th 2018 at 7pm Arizona Time. The Broncos will again return to Glendale later this season on October 18th to face the Cardinals in a week seven regular season matchup.