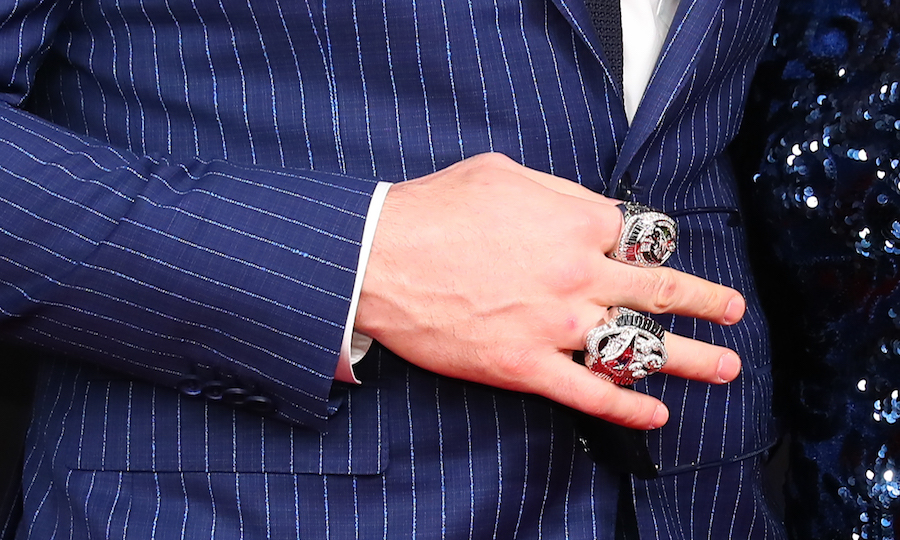 Philadelphia Eagles defensive end Chris Long was named the 2018 Walter Payton NFL Man of the Year at the 2019 NFL Honors ceremony. Considered one of the most prestigious honors, the award recognizes activities off the field, as well as excellence on the field.

“Chris Long continues to amaze and inspire us with his generous spirit and tireless commitment to many communities and cities,” said NFL Commissioner Roger Goodell. “He is a role model for us all, as he exemplifies the legacy of service and leadership that this recognition represents.”

“I’m very humbled, said Long. “It’s hard to feel deserving with the other guys on the stage and obviously this guy on the statue (Walter Payton). His legacy is immense. I’m just honored.”

Chris Long is honored to be named NFL Man of the Year. pic.twitter.com/aQfksDJEhM

Most notably, Long also celebrated his 10th season playing in the NFL by donating his entire year’s salary, roughly $1 million, to support educational initiatives in the cities in which he has played, St. Louis, Boston, and Philadelphia. This groundbreaking donation was not in isolation, however, as Long used the occasion to encourage his fans to join him in the effort – raising an additional $750,000 through that outreach, which was donated to Summer Search in Boston and Philadelphia, as well as College Bound and Little Bit in St. Louis.

“My career has been summed up in having a run of bad luck that lasted eight years and now a run of good luck that’s been three years,” Long continued. “A lot of the work my wife and I did in St. Louis flew under the radar and that’s okay because we don’t do things ideally for any attention. But when you’re on good teams, teams that win championships, it does nothing but elevate your platform. I really want to thank the fans of Boston and Philly. Especially the fans of Philly for taking me in as their own. It says a lot when you have a foundation dinner in your first fall and you raise a couple 100K in your market. That’s how loving and welcoming the people of Philadelphia are and I just feel so blessed to know them.”

In 2018, Long continued more than a decade of community service by creating his First Quarter for Legacy program and donating 100% of his four game checks to fund the program. First Quarter for Literacy provides underserved Philadelphia families, and families nationwide, with free books, literacy resources and mentoring services.