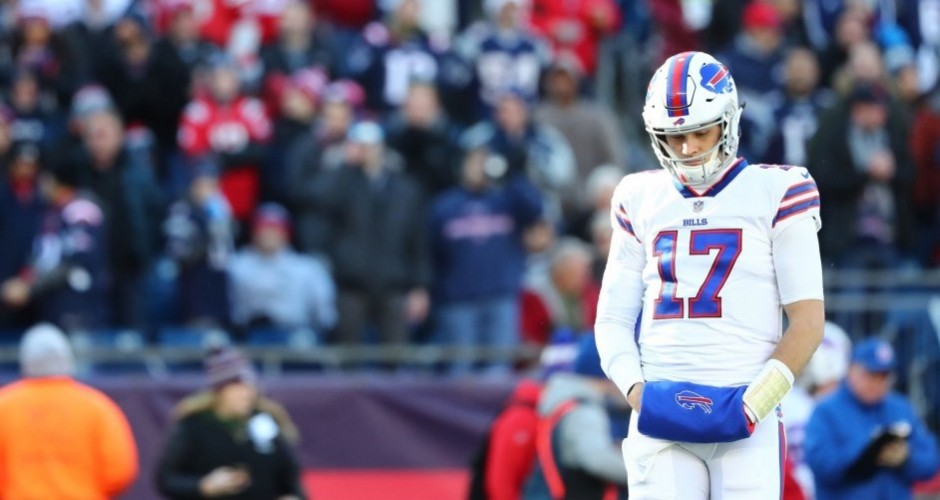 The New England Patriots have clinched the AFC East for the 11th consecutive season after defeating the Buffalo Bills by a score of 24-17.

In the last five weeks, Tom Brady has been ranked near the bottom of the league in terms of completion percentage (51.5%), and yards per attempt (5.3). Tonight would be a different story. Mr. Brady would connect with receivers on his first 10 throws, and finish the evening completing nearly 79 percent of his passes, for 271 yards and a score.

With a banged-up Julian Edelman and lack of a true number one receiver, the Patriots would turn to the power run game. It was by no means pretty, but it was certainly gritty. Led by Sony Michel, New England’s backfield would tote the rock a whopping 35 times for 143 yards and a score.

Getting’ gritty with Michele was running back Rex Burkhead. Burkhead finished the night with only five carries for 20 yards, but every yard was earned, especially the one-yard touchdown to take the lead with just over five minutes left in the fourth quarter. It looked like Rex was going to be stopped dead in his tracks, but he would not be denied en route to giving the Pats a lead they wouldn’t relinquish.

The Bills wouldn’t go quietly into the night, however. Quarterback, Josh Allen, nearly pulled off his sixth fourth-quarter comeback of the season after driving down to the Patriots eight-yard line with just over a minute left in the game. After a sack left Buffalo with a fourth-and-goal from New England’s 15-yard line, Allen would be pressured into throwing up a jump ball that would fall incomplete.

It was by no means an impressive performance by the Bills offense, but it rarely is. It may not be Buffalo’s year to take the AFC East crown, but with an elite defense and a young quarterback capable of making big plays, their time will come. One can only hope that these division foes will be forced to duke it out one more time this season.