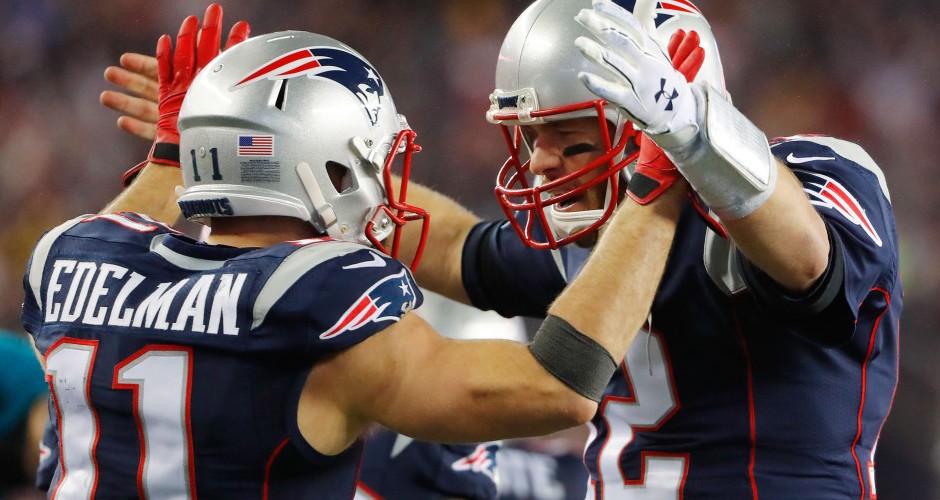 As the playoffs for New England kicks off on Sunday, they’ll take on the Los Angeles Chargers. Let’s take a look at the team who has made the Super Bowl in 3 of the last 4 seasons. As a team, they are undefeated at home this season and enter Sunday’s game trying to get another chance to play in the AFC Championship game for the 15th time in team history.

The 2018 version of the Patriots hasn’t been as dominant as the have been in previous seasons. With injuries and suspensions all over the place, Tom Brady hasn’t had the big offensive numbers as he had in other seasons. Tom finished with 29 touchdown passes, his lowest since 2013, when he finished with 25 for the season. Brady has been dangerous in the red zone this season. He threw 18 of his touchdown passes inside the 20 yard line. As he enters the playoffs, he has a career 27-10 record. He’s 19I-3 at home and hasn’t lost in Foxboro since 2013 against the Baltimore Ravens.

Even though rookie Running back Sony Michel didn’t start the season as the starter, he finished as the most effective runner on the roster. The former Georgia Bulldog, finished with 931 yards rushing and six touchdowns on the ground. In all four of his games that he has rushed for 100 yards or more, the Patriots are undefeated. When they go into passing downs, James White enters the game and he’s been the most consistent receiver on the roster. He lead the team with 87 catches and 123 targets. His ability to get out into spacing allows Brady to have the perfect weapon in case they can’t get the ball down the field with their receivers.

Speaking of receivers, this might not be Brady’s best group in recent years, but they make enough plays to get things done. Led by Julian Edelman (74 catches and 850 yards), the Patriots might not have the deep threat to stretch the middle, but they get open and make 1st downs. The team’s big down field threat, Josh Gordon left the team under NFL suspension a few weeks ago and now players like Chris Hogan and Phillip Dorsett have to be able to fill that role. Rob Gronkowski is the biggest name and has always been constant throughout his in career, even he’s had a down season as well. He caught only 47 passes, this was the lowest in a season where he played 10 or more games since his rookie season. A redzone monster, Gronk only had 3 touchdown catches this season.

Bill Belichick’s defenses over the last few season hasn’t had the star power like most defenses, but they always get it done. Linebacker Kyle Van Noy, started all 16 games and led the team with 92 tackles and had 10 knockdowns of the quarterback. With Vany Noy leading the linebacking core, there’s also Donte’ Hightower and Elandon Roberts making up the Patriots 4-3 scheme. When Van Noy gets 8 or more tackles in a game this season, New England is 3-1.

New England finished with only 30 sacks as a team on defense and they were lead by Trey Flowers (7.5 sacks). Outside of Flowers, no other Patriot had more than four and a half sacks. Going into a game against a team who can pass the ball in the Chargers, the Patriots need find ways to get to the quarterback. The Patriots finished 22nd in passing yards allowed this season and Phillip Rivers lead the Chargers to one of the best passing attacks in the NFL.

Now with all off those passing yards allowed, the Patriots secondary had 18 interceptions as a group this season. Led by Duron Harmon (4 interceptions), the team had 9 different players pick off at least one pass. Stephon Gilmore made his 2nd Pro Bowl this year and will have a chance to show the nation why as he gets the matchup with fellow Pro Bowler Keenan Allen. Expect the Chargers to put Allen in places away from the former South Carolina Gamecock star.

New England will play the Los Angeles Chargers at 1pm on Sunday on CBS.