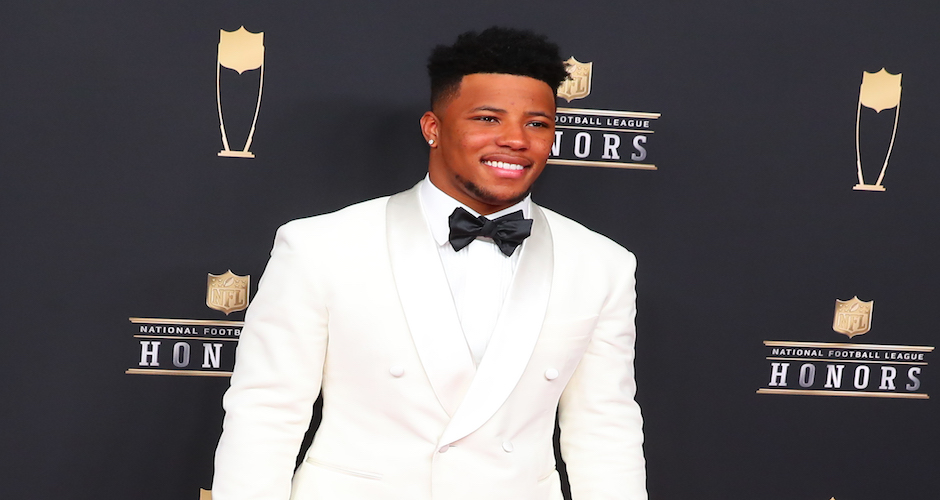 “Awards are awesome,” said Mahomes. “It’s tons of credit to the people around me who put me in this position…my teammates, my coaches, my family. I was blessed to be in a lot of great situations growing up and I’m in a great situation now so it truly is an honor and I’m glad I can be here to accept it.”

Patrick Mahomes – NFL Player of the Year and MVP pic.twitter.com/67PN0ErLa1

Saquon Barkley led the NFL with 2,028 scrimmage yards and joined Pro Football Hall of Famer Eric Dickerson (2,212 scrimmage yards in 1983) and Edgerrin James (2,139 in 1999) as the only rookies with at least 2,000 scrimmage yards in NFL history. A 2019 Pro Bowl selection, Barkley ranked second in the league 1,307 rushing yards and had 91 receptions in 2018, most by a rookie running back in NFL history. “For my name to be underneath this, to win this award and accomplish this, obviously with the help of my teammates and the Giants, is truly amazing,” Barkley said.