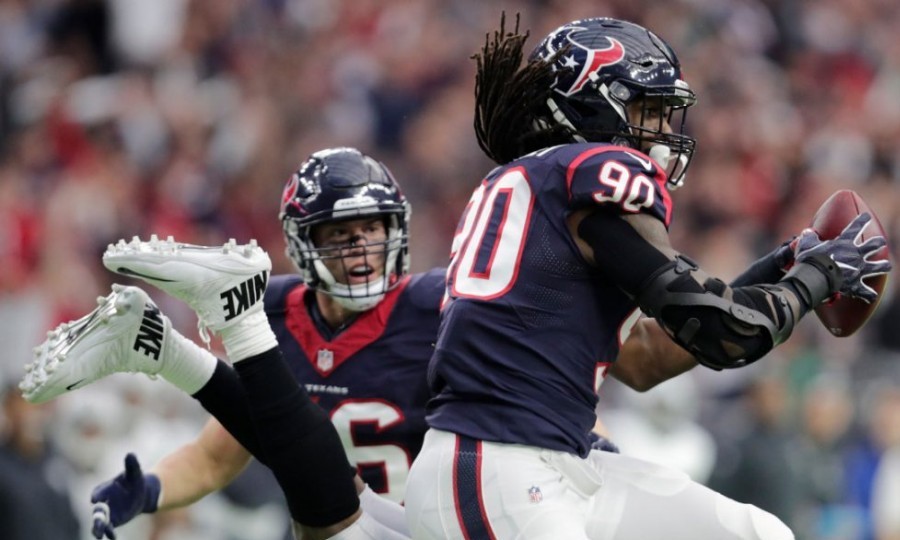 The Oakland Raiders lost in Houston to the Texans 27-14 in the AFC Wild Card. Positive yardage was at a premium in this one as both offenses struggled. We knew the Texans had a stingy defense, but give the Raiders defense credit albeit against a pedestrian offensive unit. The Texans won this one relatively easily as they sent the road team home for good.

The Good
The Raiders got some valuable experience just by getting into the playoffs. Let’s be real. No one in their right mind thought Oakland would win the Super Bowl or even get to the AFC Championship Game WITHOUT Derek Carr. This loss will only add wood to the fire for this team. They see the importance of securing home field and how magnified each mistake is. This is a young team with loads of talent offensively now they have to improve their defense. The defense performed well as they held Houston under 300 total yards.

The Bad
They had to make due without left tackle Donald Penn who missed the game with a fracture in his knee. In my pregame report, I illustrated the importance of getting Latavius Murray going. He started off well as he scored in the first quarter and that is where his success ended. The Raiders backs finished with 64 yards on 21 carries. I figured Connor Cook would throw the ball 30 times, but 45 times is a bit much for a rookie in his first start. Talk about on the job training. I thought Michael Crabtree and Amari Cooper had to be targeted at least 10 times each and they pretty much were. However, they both struggled as they finished with four catches, 43 yards, and no touchdowns. Defensively, Bruce Irvin and Khalil Mack were held without a sack. The defense, which had been keen on forcing turnovers, could not generate any takeaways.

The Ugly
Penalties and giveaways were the biggest problems for Oakland on Saturday. They committed eight penalties and turned the ball over three times. The turnovers were a result of poor decision making on behalf of Cook and a lack of a true rushing attack. Cook’s decision making was bad at times, but when you throw the ball 45 times against the Texans turnovers are bound to happen. Jadeveon Clowney intercepted a short throw in the first quarter and you just knew Cook was in for a long game. He would go on to throw two more interceptions. In reality, the Raiders beat themselves, as I said before, the defense did their part.

Houston will travel to either New England or Kansas City next week for the Divisional Round as they wait to see who wins between Miami and Pittsburgh.