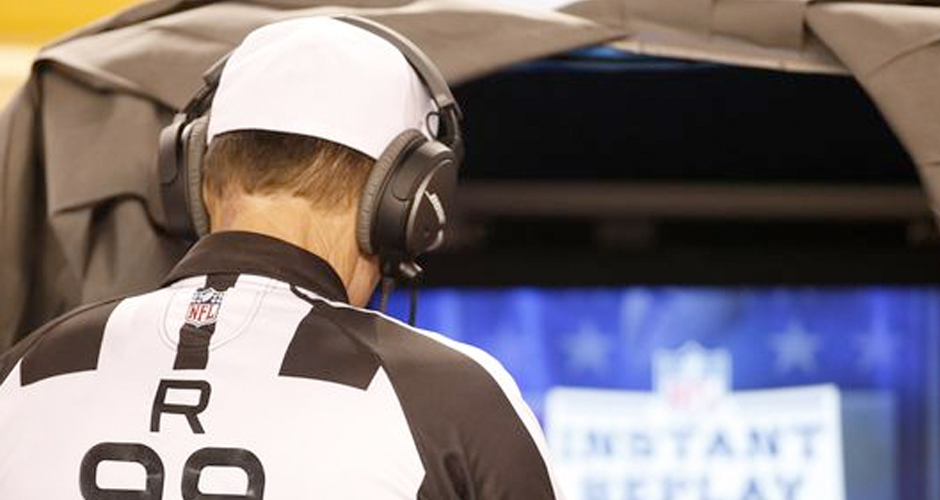 The NFL announced changes in its approach to replays at the 2016 Spring League Meetings in Charlotte.

The rules are intended to provide a clearer sense of the instant replay system and how it will be applied.

Owners voted and approved the “reorganization” of rules that were already deemed reviewable. In the past, there was just a list of all the plays that can be reviewed. Now there is a list of reviewable, as well as non-reviewable plays. This reorganization is intended to make it clear for officials, coaches, players and fans when it comes to what can be looked at and what can’t.

This revision stems from the Baltimore Ravens’ proposal, which was a much more radical description of deeming what can be used in instant replay. The NFL took their proposal and revised it into a much more sensible approach.

In the reviewable play section, the criteria stayed the same for what is deemed reviewable and included an additional section called Game Administration. This new section allows officials to look at the following:

The change also allows consultation between the officiating department and in-game referees on certain calls, such as game-clock management. The league implemented this change in last year’s playoffs after a regular season meeting between the Steelers and Chargers resulted in 18 seconds being mistakenly ran off the clock with just over two minutes left.

The addition of the non-renewable plays deems the following plays are not reviewable (2016 Rules Proposal No. 7a):

Spot of the ball and runner:

·      Runner ruled down by defensive contact or out of bounds (not involving fumbles or the line to gain).

·      The position of the ball not relating to first down or goal line.

·      Whether a runner’s forward progress was stopped before he went out of bounds or lost possession of the ball.

·      Field Goal or Try attempts that cross above either upright without touching anything.

·      Spot where an airborne ball crosses the sideline.

·      Whether a player was blocked into a loose ball.

·      Advance by a player after a valid or invalid fair catch signal.

·      Whether a player created the impetus that put the ball into an end zone.

The goal of this change is to simplify the rules and make the more understandable for everyone. Coaches like Mike Tomlin, Gary Kubiak and Bill O’Brian have voiced their frustration about the difficulties of understanding when a play is reviewable or not, so this is the NFL’s attempt to eliminate that confusion.

From coaches to fans, no one fully has faith or understanding in the instant replay system. From Dez Bryant’s “no catch” in the 2014 playoffs to the tuck rule, the official’s job to make the right call is under intense scrutiny. These changes are not major, but hopefully they will be help the fans, players and coaches decipher what can or can’t be reviewed, as well as help referee’s make the right calls on the field.