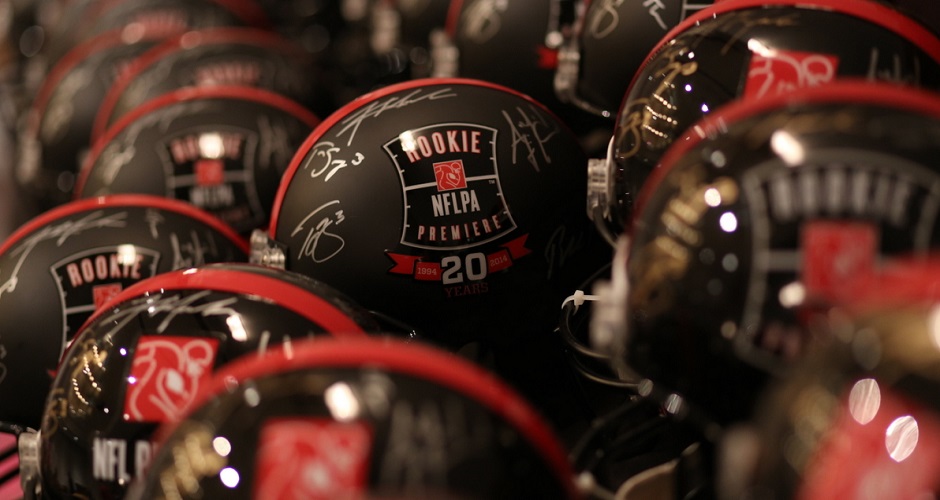 For 21 years the NFLPA Rookie Premiere has been hosting the top players in the game before they even played a snap as pros. Stars like Payton Manning, Dez Bryant, Marshawn Lynch, LT, Rob Gronkowski,DeMarco Murray, Calvin Johnson, all were here once.

Having guys like Odell Beckham, Jadaveon Clowney, Johnny Manziel  and Jeremey Hill last year was exciting and yet again the talent level is right on par this year. The 2015 class of rookies to be showcased have equally as much potential as those that came before them. Top 10 picks including  Titans Marcus Marriota, Bucs Jamieson Winston, Bears Kevin White, Raiders Amari Cooper, Rams Todd Gurley, Chargers Melvin Gordon, and Jets Leonard Williams will all take over Los Angeles, CA from May 28th-31st.

For the next four days, 41 of these newly drafted offensive running backs, quarterbacks and wide receivers will get the chance to soak up business of football. They will learn from current and former NFL players as well as NFLPA executive director DeMaurice Smith and NFL Players Inc. president Ahmad Nassar ways to assist in the development of their professional careers and personal brands. Seminars will touch on financial planning, brand building, group player rights, and NFLPA partner relationships. “Beyond providing a platform to learn about the business of football and benefits of their union as they game plan for their new careers, Rookie Premiere gives players a chance to showcase their personalities so that the NFLPA team can use that insight to connect the right players with the right brands to tell their story,” Nassar said. The Rookie Premiere featured partners, Panini America and Topps, will both be present to photograph players and get autographs for memorabilia.  Other brands represented include: Nike, New Era, TheraPearl, Samsung,Proctor & Gamble, Intel, élevée, Gatorade, Fanatics, EA SPORTS, Fanatics Authentic, FedEx, Tostitos and Uber.