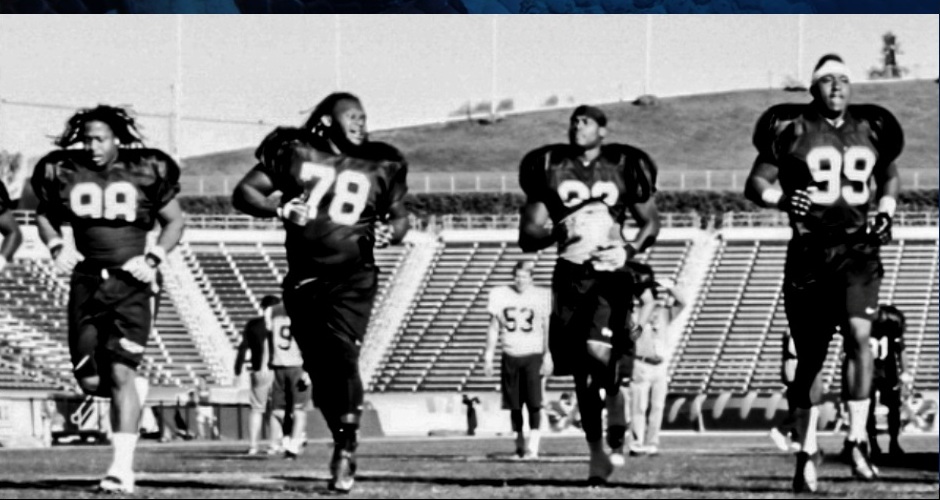 The NFLPA Collegiate Bowl has grown as a game since it was created in 2012, in addition to showcasing top student-athletes it also provides those prospects a great chance to be coached the head coaches have included: Tom Flores, Herman Edwards, Denny Green and Coach Dick Vermeil who has coached the National team since the game’s inception.

The assistant coaches are a veritable Who’s Who:

My math might be wrong but it looks like over 300 years of NFL playing and coaching experience is gathered between the staffs.

The teams are filled with great talent and great stories. Among the quarterbacks: James Franklin overcame a variety of injuries to help guide his Missouri Tigers, in only their second year in the SEC, to a game away from the SEC and perhaps national championship.

Connor Shaw is the kind of player that might not have scouts checking off all the physical boxes but he is the kind of tough and inspirational player that coaches like, Brendon Kay and Caleb Herring are undeveloped but talented prospects that might get to grow once they make a roster and Dustin Vaughan of W. Texas A&M is a small-school riser who was the most statistically productive QB at any level of football passing for 5,401 yards and 53 touchdown passes.

Several NFL legacy players were on hand: A.J Highsmith is the son of former NFL running back Alonzo Highsmith, Martin Bayless Jr. has a father who the Defensive Coordinator of the American Team and was a 13-year NFL player. Ray Agnew Jr. is the son of an NFL defensive tackle who toiled in the trenches for over a decade; Trey Watts is the son of J.C Watts Jr. an All-American at Oklahoma, CFL quarterback and former US Congressman.

Speaking of family connections the Dixon twins: Brandon [the older by either 4 or 7 minutes depending on who tells the story] and Brian both of Northwest Missouri State are the type of long strong cornerbacks that scouts really covet and both raved about what they learned from hall of famer Darrell Green.

Tough the fullback position is not one that’s featured or even found on every NFL rosters 3 very fine ones were on hand: J.C. Copeland, Kiero Small, Chad Young have embraced the role where you use your shoulder pads and facemask more than your hands and legs.

This year’s game has gone global with several players with international ties: Kasim Edebali is German born and played tight end for the German U19 National Team with Björn Werner, Ricky Tjong-A-Tjoe is from the Netherlands and had only played club football prior to coming to the states in high school, both had to master a new language and culture as well as learning the most complex of all team sports.

This year’s The NFLPA Collegiate Bowl promises to be the most talented and perhaps the most compelling as well the.  The game is Saturday, January 18, 2014 at Carson, California begins at 6 p.m. Eastern and will be televised on ESPN2.

Here is a gallery of pictures direct from Pro Player Insiders Photographer Kevin A. Koski at the NFLPA Collegiate Bowl Practice field in LA: