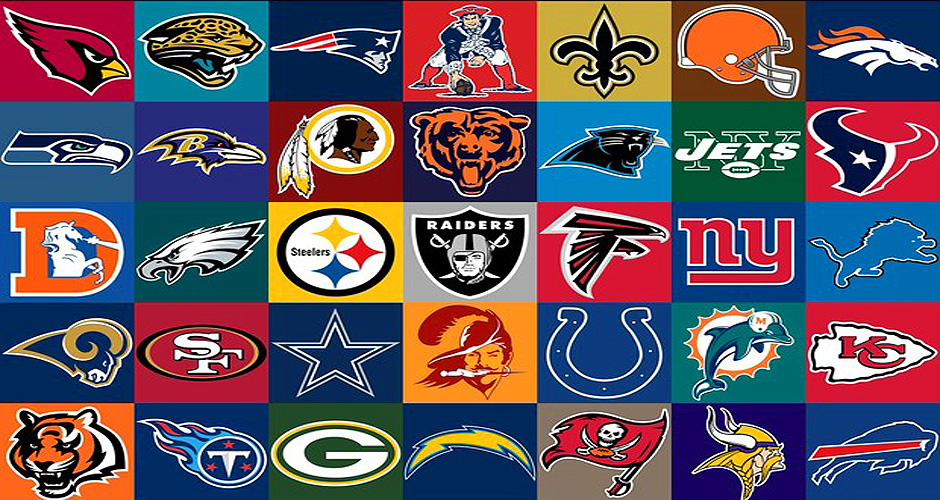 A few hits on the week, many dates, and events with holidays, announcements, anniversaries and even celebrations all through out the league and world. Busy week all around, voluntary workouts commence, the 2014 NFL schedule, Earth day, Chicago’s Wrigley’s Field celebrated 100 years, MLB has its first instant replay, the first American since 1983 wins the Boston Marathon and only 12 days till the 2014 NFL Draft is here.

Hope you all had an amazing holiday weekend whether it was Easter or Passover and that it was filled with special family and friends. Before I plummet into a sea of dates numbers and events, essentially go into full football tourettes, I wanted to pause or venture back a little more than a week ago on some do-gooding, charity events continue to happen mostly off the media radar, but I had the opportunity to be at two different events Saturday before last, here a quick look.

Kick’n it with the Pros Dinner

Jerseys clad, aprons secured, as Dinner with the Pros was an amazing scrimmage of trays, plates, players and celebs serving food to a ballroom of guests.  All benefiting 5 different organizations with an emphasis on church, youth and the community. John Carney and Steve Weatherford hosts of the amazing fun filled event.

The meaning of love was defined at Seaport Village in San Diego, I was fortunate to be in attendance for this years #FFL, an amazing event put on by the John Brockington Foundation, essentially Diane and John Brockington who started this phenomenal organization, organs and tissue donation. This issue has even greater value when you hear their beautiful story.

The mission of the John Brockington Foundation is to create a culture in which organ donation is commonplace; to provide financial and resource support for those donating, awaiting, and/or receiving organs; and to promote health education to minority communities who are disproportionately represented on the transplant waiting list.

Former Charger and Giant, Pete Shaw was there to support his friends,

“John and Diane Brockington are very close personal friends of mine
if you don’t know their story, Diane donated one of her kidneys to John and they wound up getting married it’s one of the greatest love stories ever made
her donating her organ to John helped save his life……………..
If it helps save lives and it did save a friend of mine’s, I’m all in!”

Congratulations to Meb Keflezighi the 2014 Boston Marathon winner, the first American to win since 1983 and what an amazing thing especially after last years bombings, grateful it was a smooth day for all. NFL’s Daniel Jeremiah has ties as well, his brother-in-law and Meb are best friends, they train together in Mammoth, CA.  I know a little stretch, but he was in the wedding.

Happy 100th Birthday Wrigley’s Field with numerous historical moments in baseball along with football ties as most of you know, the Chicago Bears we’re there from 1921-1970. CBS Sports, Matt Snyder put out a fun piece on what facts you might not know, definitely worth a gander.

Thankful to bring home another girl this weekend! I’m way outnumbered and I love it! pic.twitter.com/x7imTxOFqz

Phase 1; this week 19 teams started voluntary workouts on April 21. Followed by the same versed sound bites, but it has commenced. One reminder per the Collective Bargaining Agreement,

“Phase One activities shall be limited to strength and conditioning and physical rehabilitation only. … No footballs shall be permitted to be used (only “dead ball” activities), except that quarterbacks may elect to throw to receivers provided they are not covered by any other player. Players cannot wear helmets during Phase One.”

Next stop the Radio City Music Hall, may 8th thru the 10th, the delay this year due to scheduling conflicts however the NFL will continue to calendar the event in May in the future. What does the extra few weeks time do for teams, is it good or is there too much attention to the 6th-7th round now? I guess we will find out. Some bold predictions hover now with Johnny “Football”Manziel one that Jerry Jones and the Dallas Cowboys will take him if available at 16th, another that he will win 9 games as a starting QB, somewhere? Clowney stays on top of the board however, that hasn’t changed, but any given Sunday.

Schedule, YES!! Yahoo! It’s here! The 2014 schedule for all 32 NFL teams was released Wednesday at 8 PM EST and yes, if you forgot, Saturday as you know are back! Along with Flex games as early as week 5, incept from NFL.com, The “cross flex” mechanism will serve a similar purpose. Select games can be flexed between CBS and FOX. In the past, a game with two NFC teams had to be on FOX and a game with two AFC teams had to be on CBS. Now, the league can theoretically move an all-NFC game to CBS or an all-AFC game to FOX in select cases. This will help balance out the television schedule, especially in a week where one network has all the most intriguing games. Protocol remains the same and in the hands of The NFL in decision making factors after consultations with the TV Networks.

Season opener with a bit of deja vu as we’ve known the SB48 Champions the Seattle Seahawks would host at Century Link field, however its become a reunion game vs the Green Bay Packers, the game that brought the replacement refs situation to a stop. Many variables will of course be different; one that stands out is that that the receiver of the controversial catch, Golden Tate, will be in Detroit.

Sunday, August 3, 2014 ,NFL Hall Of Fame Game. Wide receiver , Andre Reed  (who played for the Bills for 15 of his 16 years) along with defensive end, Michael Strahan (who spent his entire 15 year career with the Giants) will both be inducted for the 2014 HOF, a special special night !

Thats a wrap for this week!

Remember Earth Day is and can be every day, reduce, reuse, recycle, replenish and restore. Let’s all protect our world!

Photographer, producer, host, reporter, radio & TV, One-man-army, artist, skateboarder Time out with Desiree, the silver linings An optimistic realist with intermittent football tourettes all the while searching for the 3rd dimension. TheDesireeSHOW