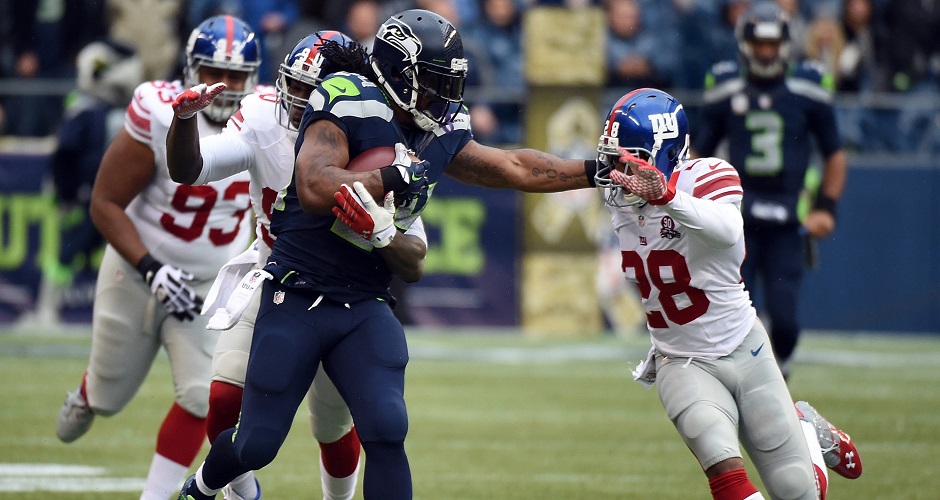 With the NFC North and South in the books, we now move our attention to the NFC West as I review each team and give my prediction for every team in the division while giving my reasons for the record. The NFC West is considered the toughest division from top to bottom and has been for the past few years. The Seattle Seahawks were 1 play from winning back to back Superbowls, but with how teams changeover every year, can they win the division again? Find out in my NFC West Team Predictions.

Arizona Cardinals – Last year the Cardinals led the division for practically the entire year until injuries caught up to them and Seattle caught them the last month of the season. QB Carson Palmer appears to be healthy and so does RB Andre Ellington. WRs Larry Fitzgerald and Michael Floyd are another duo of WRs and with a top 10 defense led by Calais Campbell and Patrick Peterson, the Cards should be once again right in the mix all year long. They do have some holes, especially in the secondary, on defense and that could be their downfall, but they should still have a contending playoff team.

San Francisco 49ers – I have never seen a team ripped apart as much as the 49ers were this offseason. They lost a team high 37% of their player snaps. LB Patrick Willis, LB Chris Borland, DE Justin Smith, and RT Anthony Davis all retired. Add to that, WR Michael Crabtree, LG Mike Iupati, RB Frank Gore, and both starting CBs, Chris Culliver and Perrish Cox, left in free agency. Despite all of that, the Niners still have young growing QB Colin Kaepernick, veteran WR Anquan Boldin, TE Vernon Davis, sack master Aldon Smith, and RBs Carlos Hyde and Reggie Bush. Former All Pro LB NaVorro Bowman will attempt to return from a crushing injury to help the 49ers pull off what could be a very Jekyll and Hyde season.

Seattle Seahawks – The back to back NFC Champions are once again ramped up and ready to go. Russell Wilson is now suited with his new contract making him the 2nd highest paid QB in the league and the trade for TE Jimmy Graham gives him one of the most unstoppable weapons in the game. However the team will still live or die on the shoulders of stud RB Marshawn Lynch, aka Beastmode. Led on defense by the secondary of CB Richard Sherman, and Safeties Kam Chancellor and Earl Thomas, to go with a great pass rush as usual, the Seahawks are locked and loaded again.

St. Louis Rams – I love the way the Rams are building their team. They traded for QB Nick Foles and they loaded him up with 2 RBs in 2015 1st round pick Todd Gurley and 2014 3rd round pick Tre Mason. After they got the weapons, they have drafted 6-7 offensive linemen in the last 2 years, including 4 in the 1st 3 rounds of the last 2 years. They combine that with a young defense that I think includes the best defensive line in the game, led by DEs Robert Quinn and Chris Long to go with DTs Michael Brockers, Aaron Donald, and newly signed Nick Fairley. The only question if the offense will need a year to gel 1st, I say yes, but seriously lookout for them in 2016. They are going in the right direction and fast.

The NFC West has lived up to the hype the last 2 years and I expect that trend to continue. The team that makes it out this division will be battle tested and playoff ready. Injuries can always sway everything, but as long as these 4 teams are healthy, they all have the talent, especially on defense, to beat any team in the league. This division has represented the NFC in the Superbowl for the last 3 years and it will take a heck of an effort to stop them from doing it for a 4th straight year, but as Phil Jackson would say, “It’s hard to win 4”.