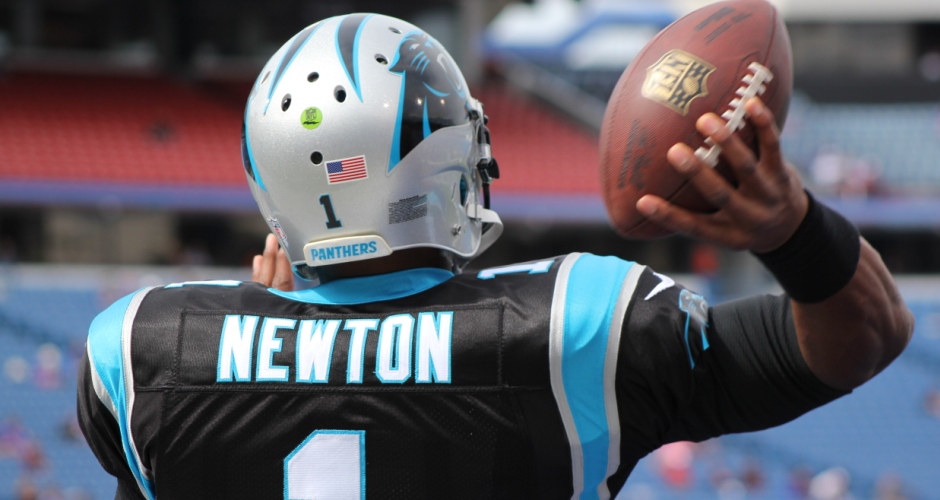 The Match-Up Mania games for the past week all delivered as we hoped, but other upsets and expectations led to a few more entries into membership for moratorium.    Thanks to the Oakland Raiders and a 93 yard run by QB Terrelle Pryor, the Pittsuburgh Steelers are unlikely to appear in the future unless they are a potential playoff spoiler.  Also new to the list are the Minnesota Vikings, St. Louis Rams and Cleveland Browns.  With this many woes at the QB position, I feel it is my duty as The Student of the Game and a football fan that all be warned of the waning hopes of seeing meaningful football played by these teams in 2013.   With that public service announcement aside, it’s time for Week 9′s forecast of the formidable as brought to you by the NFL Match-Up Mania.

A rivalry that dates back to the earliest days of the NFL and leather helmets, Green Bay and Chicago is the oldest in the league’s history.  Lately, the contests between the Cheeseheads and the Monsters of the Midway have impacted the playoff picture and this one is no different.  With the Packers bouncing back from the sting of early losses, the Bears trying to stay in the top tier of the NFC North, and both teams trying to stave off the Detroit Lions, a win here can keep hope alive in divisional and Wild Card playoff races.

Injuries to major players like WR Randall Cobb, WR James Jones, TE Jermichael Finley, and LB Clay Matthews have plauged the Lords of Lambeau.  Nonetheless, QB Aaron Rodgers has done wonders on offense with the help of WR Jordy Nelson and rookie RB Eddie Lacy while the defense does just enough to keep an opponent scoring less than Rodgers and company put up.  It has made for a model that appears sustainable for the regular season.

Green Bay isn’t alone in issues involving injuries as the Bears are possibly down starting QB Jay Cutler, CB Tim Jennings, LB Lance Briggs and CB Charles Tillman.  While WR Brandon Marshall and DE Julius Peppers still make this team a threat on either side of the ball, it’s hard for me to see QB Josh McCown claiming victory for Da Bears visiting the infamous frozen tundra of Lambeau Field.  This round will go to the Packers.

Both these teams have been exposed for having weakness where their opponents have stolen games from them.  Whether it’s the rookie Jets QB Geno Smith flinging turnovers to the other team or the Saints struggling when their TE Jimmy Graham is shutdown, both have lost games to these respective shortcomings.

Granted QB Drew Brees and the Saints have other weapons, but their defense has not done as much to help them recover in those instances.  Even with that in mind, Defensive Coordinator Rob Ryan will have an easier time coordinating a comeback effort than his brother Head Coach Rex Ryan would in saving the Jets from jinxes Geno brings from his mistakes.  I see the Saints marching in and ascending to victory.

Believe it or not, one of these teams are still playing for playoff placement — and it’s not the Falcons.  While RB Steven Jackson has come back after missing multiple weeks returning  to health, Atlanta is still out WR Julio Jones while WR Roddy White will be, at best, playing hurt himself.  Combined with an O-line whose declined in performance, QB Matt Ryan seems to find his accolades melting away in the 2013 campaign.

Meanwhile, Carolina is 1st overall in least points allowed which has enabled QB Cam Newton and the offense to score enough points to string together a few wins.  With a stout defense, a QB who can run as well as command the deep ball, a productive RB corp featuring DeAngelo Williams, Mike Tolbert, and Jonathan Stewart (when healthy), a veteran WR in Steve Smith, and a reliable TE in Greg Olsen, not only is team this a poor man’s version of the San Francisco 49ers (think about it. . .), but it is a team that can beat the Falcons and remain a dark horse playoff candidate.

I’m not brave enough to call upset outright here, but I’m looking to see what we get from the young starter, QB Thad Lewis.  After barely losing to the Bengals in his first start and downing the Dolphins in the next, I was impressed.  A shootout with the Saints is tough for any QB so I let him slide for struggling there, but sights are set on him facing the 8-0 Chiefs.

The KC defense is relentless, but the truth is Lewis won’t need a lot of points to outscore QB Alex Smith and the offense of the Arrowhead.  All that aside, the pass rush anchored by LB Tamba Hali has done a lot to disrupt more impressive offenses, so I don’t see the Chiefs failing. . . unless they’re looking past the Bills onto their divisional match with the Denver Broncos in Week 10.  Don’t be surprised if RB Jamaal Charles outperforms Bills RB Fred Jackson since he will likely get fewer attempts on the day against a stronger “D”.

Founder and host of The Student of the Game show

VP of Operations and Editor for The National Gridiron Network

COO and NFL Contributor for The Sports Chronicles