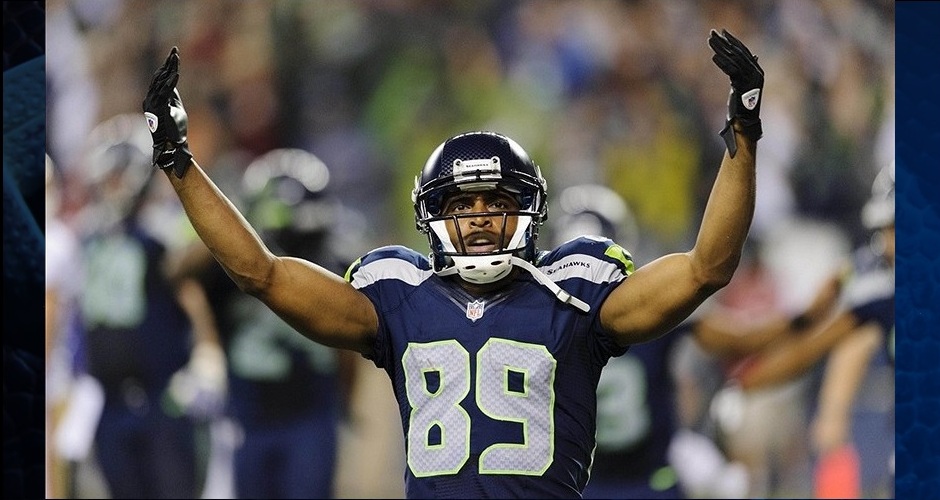 This year’s Wild Card round gave us 3.5 awesome games this past weekend.  In fact, the Bengals 2nd half meltdown is the only thing preventing it from being a perfect football playoff round (unless you happen to be a Charger fan).  The only downside to having a week this good to start the NFL tournament is that the later rounds will disappoint by comparison.  But while we wave goodbye to 3 division champions and a team whose record was good enough to win half of the NFL’s divisions, we inject 4 more top tier teams into the fold with Hall of Fame and MVP caliber talent that could lead to compelling  contests moving forward.  These are the sort of primetime pairings we live for in The Student of the Game’s NFL Match-Up Mania.  And now, the Divisional Round. . .

I’ll admit it, I was completely wrong in my assessment of how fate was on the side of the Bengals in the Wild Card Round.  That they would exist as an inevitable sacrifice to the altar of QB Peyton Manning after they advanced past the first round.  That was until Cincinnati’s offense gave up 4 turnovers to enable the Bolts a charge to the Divisional Round of playoffs.

As down as I was on San Diego last week, I can’t help but think that with QB Phillip Rivers and RB Ryan Matthews both having among the best years of their respective football lives, an upset isn’t out of the question.  Dalton would have been rightfully daunted by the task in front of him while Rivers has the right combination of experience and audacity to think he belongs in a shootout with Manning.  It also doesn’t hurt that Denver has what might be the worst defense among the postseason participants.

But as best years of careers go, Peyton throwing for the single season TD and yardage records while leading this balanced offense is the kind of thing that can defy “teams of destiny”.  I’m unimpressed by the Chargers’ pass rush, but yet somehow they managed to hold the Broncos to their lowest score in a single game during 2013 at 20 points.

The coaching match-up here is epic as well. San Diego’s Mike McCoy was the Offense Coordinator at the Mile High who schemed QB Tim Tebow to a playoff win in 2011.  It makes sense with an offense featuring Rivers, Matthews, Future Hall of Fame TE Antonio Gates, and Rookie of the Year Candidate WR Keenan Allen, that McCoy can produce a competitive game plan to face off against his former boss in Head Coach John Fox.  Both coaches have high powered offenses facing weak defenses.  It’ll inevitably come down to mistakes and who makes fewer of them.  While Manning has been falsely accused of being a choke artist, his history against the Chargers in games past is fair evidence for skepticism.  Yet, I can’t pick Rivers over Manning based on general principal.  However, should Manning be ousted in this game, history will convict him of a choke job of the highest degree.

It’s no accident that I’ve referred to Colts QB  Andrew Luck as the “Comeback Commander“.  We can officially add his 11th installment to his résumé of comeback wins with a bounce back from a 28 point deficit.  It is the most in playoff history since the  Buffalo Bills drilled the Houston Oilers in the 90′s from 35 points down.  (This also is a Match-Up Mania Milestone as this is the first time the Oilers franchise has been mentioned in consecutive weeks).

An achievement worthy of celebration, the reward for this is to face an NFL icon in Patriots Coach Bill Belichick.  With Future Hall of Fame QB Tom Brady unlikely to make  many mistakes on offense and Belichick sure to build a defensive plan to zero in on WR T. Y. Hilton, Indianapolis may have some problems on offense.  I don’t care how much Luck is on your side  (pun intended), when the top receiving threat is taken away, I’m not expecting WR LaVon Brazill, TE Coby Fleener, RB Trent Richardson or the random signing of WR Deon Branch to do much to help their offense.  Moreover, the Colts have some defensive standouts, but even without Rob Gronkowski, it’s hard for me to see a scenario where Brady is forced into turnovers

For this game to merely be close, the Colts can’t crumble at the start as they have in the past.  While they have beaten other good teams, I just don’t think they can bring enough horseshoes on the field for Luck to prevail.

The last time we saw these two teams paired at one another, it ended in a Monday night massacre where the Saints plummeted back down to Earth and learned humility in a 34-7 smackdown by the Seahawks.  New Orleans knows upfront that that they, like any team that faces Seattle’s defense, can’t make mistakes early and hope to win.  An offense must hang around and take their shots when opportunities arise and outscore the ‘Hawks relatively weak offense.   Not as easy a task as it may sound, even if your QB is Drew Brees.  But when your QB gives up 2 INTs against a lesser Eagles defense in the previous playoff game, one can only shudder to realize that the Seahawks are birds of a different feather.

But as ominous a point as that may be, when your defense can keep you fighting to win a game where you lose the turnover battle, it makes you feel better about your squad slowing QB Russell Wilson and RB Marshawn Lynch to overcome by attrition.

Still, Seattle has the benefit of CB Richard Sherman to shut down WR Marques Colston, S Earl Thomas to cover TE Jimmy Graham, LB Bobby Wagner to account for the running game while DEs Cliff Avril and Michael Bennett press the attack on Brees.  The Saints may need more than mere miracles can provide.

When these 2 squads played last in Week 10, the draw was the face that they were so alike in terms of their players’ skill set on both sides of the ball.  That theory turned into apparent truth when the Panthers won by a slimly narrow 10-9 margin in San Francisco.

However since this last game, the mirror has been shattered as WR Michael Crabtree has returned after missing more than half the season.  You can claim their defenses, their veteran WRs, their dynamic QBs and  their playmaker TEs are all of similar prowess, but I don’t think you can compare WR Brandon LaFell to Crabtree even remotely.

I don’t mean to imply the game is completely out of reach for Carolina.  Examples of QB Cam Newton’s ability to make big plays is just as accurately shown by watching the 49ers QB Colin Kaepernick.  If one of them can do something amazing in a situation, it’s just as likely in the same setting that the other could do the same thing.  But Crabtree provides enough of a difference to turn a 10-9 Panther win in San Francisco into a 16-10 Niner victory in Carolina.

One Response to “NFL Match-Up Mania: Divisional Round Edition”