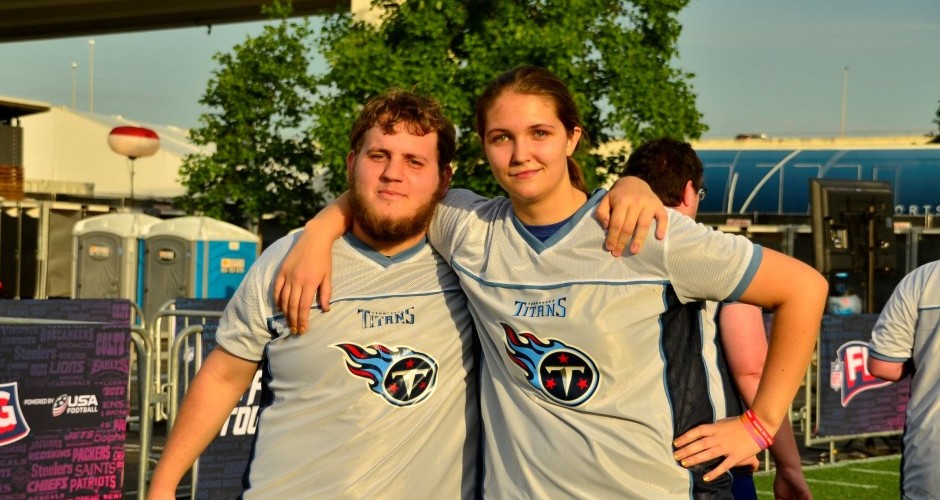 We saw them bring the Unified Flag football game to the Super Bowl and now the Special Olympics Unified Flag Football game has been brought to Nashville. NFL Community Relations Manager, Amy Mendoza, was once again present as she brought this event to the NFL Draft. With this event though, there was four teams from Tennessee and the NFL was pairing up with Special Olympics Tennessee for the event.

For those that are not aware, the Special Olympics Flag Football game pairs athletes with intellectual disabilities with athletes without and they’re out there on the same team playing football. For this event, Amy was able to get former Tennessee Titans, Gerald McRath and Chris Sanders.

In speaking with Sanders, the event definitely is something he takes great pride in participating in.

“I love participating in the Special Olympics because you get to invest in kids’ lives.”

The event saw smiles brought to kids’ faces and also saw plenty of joy in the face of McRath as he was very involved in playing with the participants.

If you have not, please take a look at the NFL’s partnership with the Special Olympics and all that Ms. Mendoza is doing with the partnership. While some may have some bad feelings about the NFL, this one sure will bring a smile to your face.