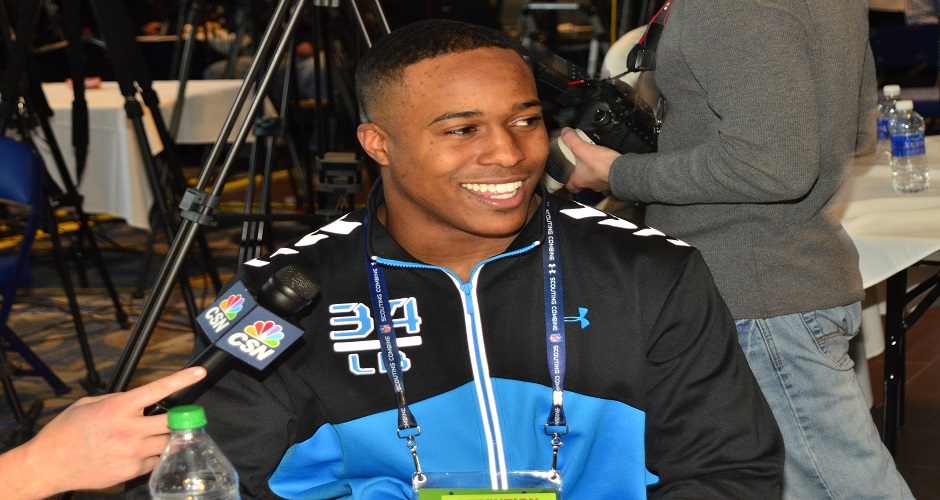 There is a player that sends scouts back to the film room every year after they see him stand out at the combine. The linebackers and defensive lineman worked out at the combine recently. Avery Williamson, an inside linebacker from Kentucky is one guy that made me have to go back and take another look at his games. Williamson was a participant in the NFLPA Collegiate Bowl prior to showing up at the combine.

Williamson posted a 4.07 in the short shuttle which was best among all linebackers. He also ran an official 4.66 in the forty yard dash. His 25 reps on the bench showed that he is strong enough to handle the rugged territory associated with playing in the middle of a defense. He ran well in all of the field drills and truly looked like he was comfortable taking drops or rushing the passer.

The 49ers linebackers coach Jim Leavitt took a likeness to WIlliamson and is showed before he started a drill were Leavitt was the coach working the drills. Leavitt actaully shook Williamson’s hand and gave him a few tips for the drill that he was about to execute.

If you look at the statistics, you will see that Williamson has had over 300 tackles in his career. That includes back to back seasons of over 100 tackles. His time in the SEC will surely be a good preparation for the NFL. One of Williamson’s teammates at Kentucky in 2012 was Denver Broncos linebacker Danny Trevathan. Seeing his teammate go to the NFL and be successful was the dangling carrot that served as motivation for Williamson. There are many similarities between the two but one thing stood out  the most to Williamson about Trevathan. that one thing was the tremendous work ethic that Trevathan showed while at Kentucky.

Going into the draft season, there were some concerns about Williamson’s speed. His official time in the forty yard dash along with his short shuttle time should quiet those concerns. In fact, his short shuttle time was best among all linebackers. The projection for Williamson is at inside linebacker on a 3-4 defense. He will probably be a late round draft pick which means he will be called upon to be a special teams contributor. The last thing left for Williamson is to perform well at his pro day and private workouts for NFL teams.