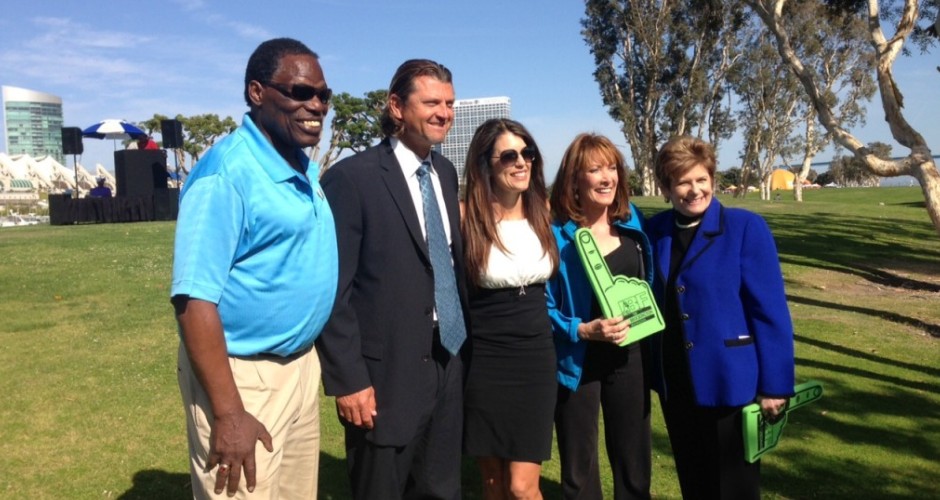 There is no doubt what a mother does for her family is selfless. With Mother’s Day fast

Trevor Hoffman had a few things to say about his mother.

“Mom was giving. Always the person who was willing to give whatever she wanted, needed to give to her family.”

Hoffman has some fond memories of him and his family going out to the park or Knott’s Berry Farm; “We’d go out there and feed the ducks and run around.” Hoffman is a major league baseball legend as well as a San Diego Padres hero. After setting the record for most saves in a career, he remains a local icon.

When it comes to mothers they’re all special and have undoubtedly been there to help these legends achieve many goals. John Brockington, a 3 time Pro Bowl selection in his career as the Green Bay Packers running back, has always appreciated his mothers support.

Here he told us just how special his mother was.

“My mother, she’s the one that kept the family together. She taught us to have good manners not to abuse women and to work hard.”

Good values to instill on young children of course and have gone a long way. To describe a mother in one word is difficult; however Brockington had his word;

“Wonderful! Wonderful Christian woman who loved us to the last degree.”

A mother’s love is priceless and infinite, and whether you’re a sports legend, a grown man or a child, it’s undeniable that a mother’s love has been there.

Here is more about The John Brockington Foundation Fan For Life Event:

There is no question that the greatest gift is the “gift of life.” Being able to give a part of yourself so that another human being can have a second chance at life is nothing short of amazing. This is exactly what John Brockington’s wife, Diane, did for her friend, now husband.

The former Green Bay Packers running back, is now the president and founder of the John Brockington foundation. It has been around for over 11 years and focuses on kidney problems and transplants. Over 1,800 San Diego residents are in need of an organ due to organ failure.

Together with honorary chairs Bill Walton and Randy Jones, the FanForLife event was a place where fans and athletes participated in the Wave of Hope along San Diego Bay as a tribute to those who have registered, donated, and received organs.

“This part of it, organ donation, is to raise funds and awareness for people who are in need. And everything we do stays in San Diego,” Brockington told Pro Player Insiders.

With a great event such as this one, Brockington took the time to discuss the current Packers team and gave some tips for this upcoming season. “I think they need a pass rusher to help Clay (Matthews) out because Clay works so hard he’s going to get too tired so a defensive end or another linebacker.”  He believes the team needs to make some changes since there isn’t much of a difference from last year’s play-off team.

San Diego is a city that is rich in sports and fans alike. When they are combined to bring this kind of support and recognition; it is a wonderful experience. Going from pro-athlete to a humanitarian,  Brockington is definitely giving citizens a wave of hope in San Diego.

–Theresa Villano contributed to this story