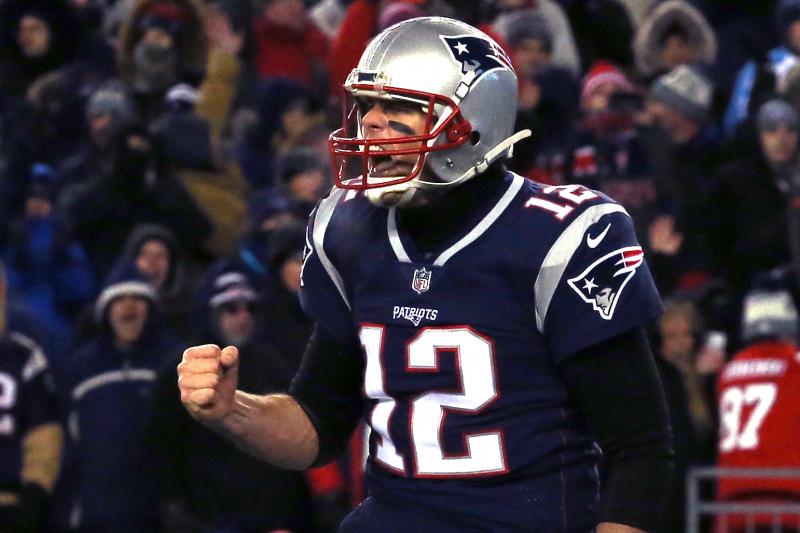 The defending Super Bowl champions, the New England Patriots, have had a target on their backs all season long. Like previous times before, the Patriots didn’t wait for the shots to come. The Patriots attacked the league and have once again put themselves at the top of the charts. They were expected to be in the running to make the Super Bowl and now they stand one game away from making that a reality. The Patriots did so by handling their business against the Tennessee Titans 35-14. They not only won the game, they dominated the competition, making the Titans look inferior to them. The Patriots showed that they are the top dogs in the AFC and that if you come for them, you have to come correct. Like any team though, there is always some things a team shows us all in how they made it happen. Let’s dive right into the five things that the Patriots showed us this past Saturday.

1) Pick Up The Tempo

The Patriots were not necessarily clicking early against the Titans. Their offense was a little methodical. Then the Titans scored and all ofs a sudden, the tempo of the Patriots offense picked up. When that happened, it seemed like the Patriots found their rhythm and simultaneously took the Titans out of their defensive rhythm. The willingness of the Patriots to change up the tempo messed with the Titans and ultimately threw them off their game. As they go forward, this type of mixture of speeds is something the Patriots can have in their back pocket.

2) Sticking With The Little Guys

The New England Patriots have always had an affinity for the little guys at wide receiver. From Troy Brown to Julian Edelman, these small receivers, by NFL standards, have been a staple of their system. Well, in typical Patriots fashion, a smallish wide receiver stepped up for them yet again. Danny Amendola was the leading wide receiver for the Patriots against the Titans with eleven receptions for 112 yards. In typical Patriots fashion, he got open with pick routes and crossing patterns and was very reliable, getting his eleven receptions in 13 targets. With him showing up like that, it makes it even harder for teams to put all that attention towards superstar tight end Rob Gronkowski.

The big play is huge in the NFL. While that play is the one that gets all the highlights, the smaller plays like dumping the ball off to running backs hurt too. The Patriots have been doing this for years and no one has any answers for it still. The Titans got their taste of it this past weekend. James White and Dion Lewis combined for 13 of Tom Brady‘s 35 completions and the Titans had no answers for it at all. Going forward, it will be interesting to see if anyone finds any answers for it because they have been doing this forever.

The Patriots have been known as a team that could not get pressure on quarterbacks this season. Well, the Titans apparently believed that it meant they could not rush the passer and unfortunately they found out they were wrong. The Patriots had a total of eight sacks. And what was so impressive about the sack totals is that they came from six different people. The Patriots may not have a dominant pass-rusher, but they do have strength in numbers. If they are able to rotate bodies and pin their ears back like they did on Saturday versus Tennessee, then they could be trouble.

The Patriots defense started the season off pretty bad, allowing any and everything to happen to them. Well, they got better but there are some that still wanted to believe they were not any good still. After the domination of the Titans Saturday, maybe some will believe that Bill Belichick and Matt Patricia actually know what they are doing. Not only did they take the Titans out of what they wanted to do, they simply made them submit to their offense submit to their defense. With Tom Brady and crew playing well offensively and the defense playing this way, it’s easy to see why they are the favorite to win the Super Bowl again.

The Patriot Way is one that is often not liked by outsiders. In fact, plenty hate it altogether. While there are some hard feelings by many outside of Patriots Nation, you cannot deny that they are good and that they are a team that keeps you up at night if you have to face them. The Jaguars have the inevitable task of facing them in the AFC Championship Game this Sunday. Will they win or not? We don’t know the answer to that. What we do know the answer to is the Jaguars will have to play a great game to beat the defending champs because they are clicking at the right time.