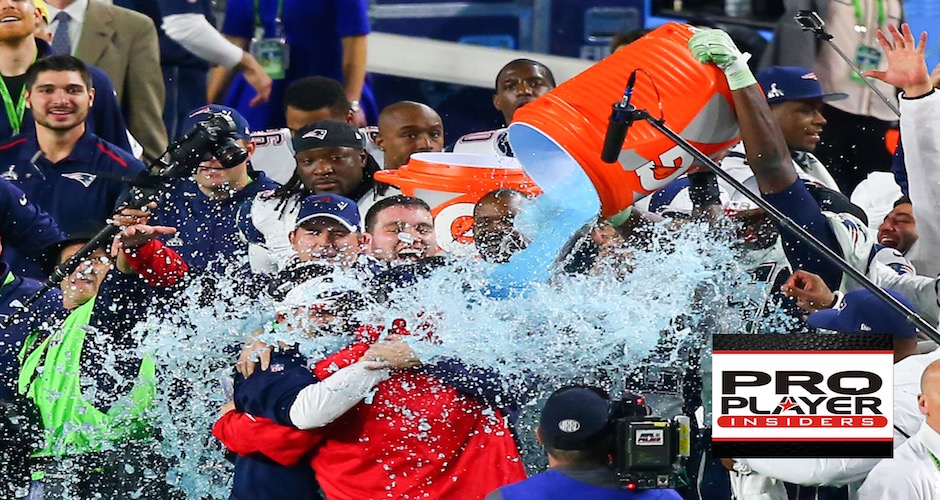 GLENDALE – The New England Patriots defeated the Seattle Seahawks by the score of 28–24 to win their fourth Super Bowl in franchise history. The game started of slowly as both offenses were held scoreless in the first quarter of Super Bowl XLIX for the first time since 2004. Thankfully the Patriots went on a nine play 65-yard drive to end the drought, which resulted in a Tom Brady touchdown pass to Brandon LaFell .

The Seahawks offense was sparked by a 44-reception by Chris Matthews, which was Russell Wilson’s first completion of the game. The 8 play 70-yard drive was capped off by a three yard touchdown by Marshawn Lynch to tie the score 7-7.

The Patriots struck again with 36 seconds to go in the second quarter. Brady threw a 22-yard touchdown to Rob Gronkowski to take the lead by the score 14-7. However 36 seconds was just enough time for the Seahawks to march down the field again.

The Seahawks went on a 5 play, 80-yard drive in 29 seconds to tie the game at 14 points apiece just before the half.

On the first drive of the second half Chris Matthews caught another bomb from Russell Wilson to get his team to New England’s 17-yard line. The Seahawks would eventually settle for three points on the drive as Steven Hauschka gave the Seahawks a 17-14 lead.

On the Patriots subsequent drive, Bobby Wagner picked off a Tom Brady pass intended for Rob Gronkowski. The Seahawks capitalized on the Wagner interception when Wilson found Doug Baldwin all alone in the end zone for a three-yard touchdown pass.

In the fourth quarter Brady and the Patriots began to get in a rhythm. Brady led his team on a 6 play, 50-yard drive which culminated in a four-yard touchdown pass to Danny Amendola to close the Seahawks lead to just four points.

With the Seahawks leading by the score of 24-21, they were unable to put up any points on their following possession and gave the ball back to the Patriots. The Patriots went on a 4:50 drive, resulting in a touchdown pass from Brady to Julian Edelman to make the score 28-24. With 2:02 left in the game, it was up to the Patriots’ defense to hold serve and stop the Seahawks from reaching the end zone and willing the game.

Just before the two-minute warning the Seahawks were able to get Marshawn Lynch matched up on a linebacker on the flanks for a 31-yard gain. Wilson then threw a 33-yard past to Jermaine Kearse who made an improbable catch to get the team in to scoring position.

The Seahawks ran the football one more time before they ran what many consider the worst play in NFL history. Instead of handing the football off to arguably the best running back in football from the one-yard line, the Seahawks inexplicably ran a pick play. Malcolm Butler read the play, trusted his preparation and

made a play on the football to seal the game for the Patriots.

“They sent all their big guys out there. At that moment I didn’t want to waste a run play against their goal-line guys. Throw the ball, we’ll come in on third and fourth down, and we can match up. It’s a really clear thought, it wasn’t something that happened, it was a clear thought but it didn’t work out right. We happened to throw them the ball and they make a big play.”

“The last play we had a formation where we could throw it on them. [Ricardo] Lockette was coming underneath, and the guy made a great play. That’s really what it comes down to – the guy just made a great play. I think it was [Malcolm] Butler who made the catch; I’m not sure. I had a chance, was looking, and then he kind of cut in front of it and made a play. I thought it was a touchdown, honestly.”

“They had two great drives and they controlled the ball going down the field. Really we didn’t make any major mistakes, they just really played well enough to get the ball down the field. Tom [Brady] did a great job to engineer the win. That’s it; they’re a great football team. They played like they were capable of playing. “